The reports released by the Broward Sheriff’s Office detail about two dozen calls for help over the course of several years involving Nikolas and his younger brother Zachary, many made by their mother Lynda Cruz, who died in November.

In one call from August of 2012, someone called police claiming Nikolas and his brother were throwing water balloons at a neighbor’s house. A deputy showed up and helped the mom discipline both her sons, who were both being treated for ADHD, the report said.

Back in November 2013, Lynda Cruz called BSO saying Zachary was becoming increasingly “aggressive and defiant” toward her, and she asked for help in transporting him to a treatment center, which a deputy did. 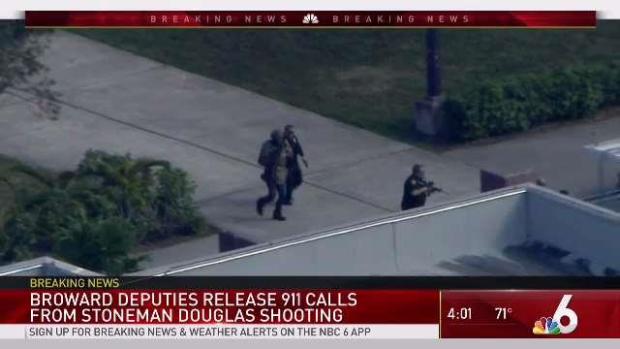 Just a few months later, she called police again, saying Nikolas was missing and not on his meds. She told deputies he had run away before.

In January of 2014, someone called police saying Nikolas punched a hole in the wall and threatened to leave because his mom took his X-Box away. When police showed up, Lynda told them they got into a verbal fight and no crime occurred.

In another call in September 2016, Lynda Cruz said Nikolas was arguing with her over paperwork to get a state ID card. She said he had been “cutting his arms” and he “would like to purchase a firearm.” A state mental health investigator showed up, said Nikolas wasn’t a threat to himself or anyone else, and deputies left, records showed.