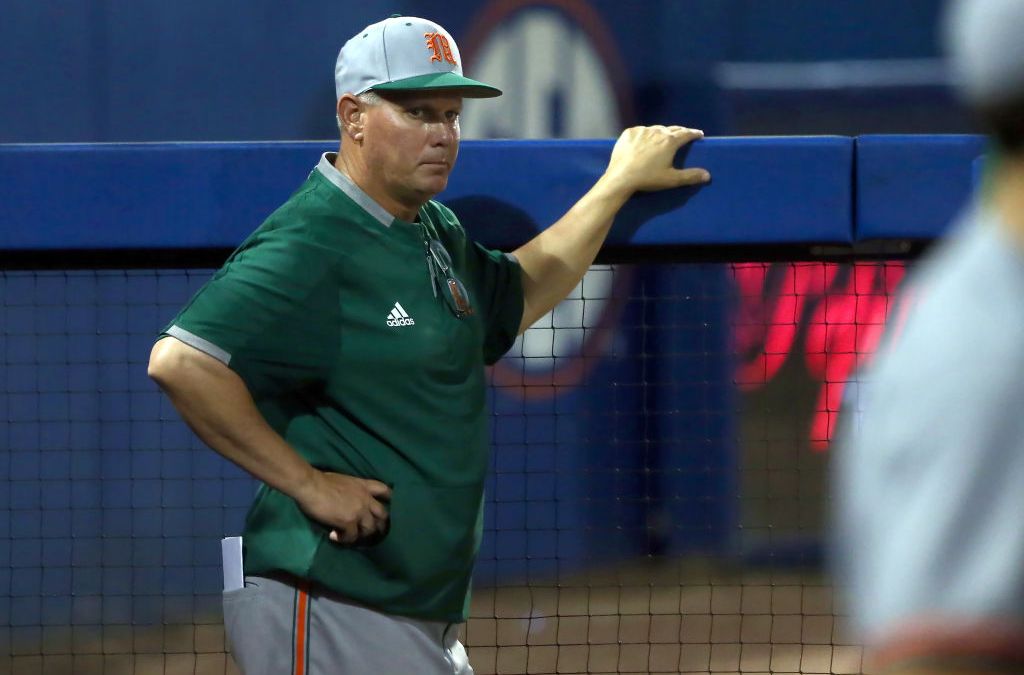 Entering
Sunday, the No.1 ranked Miami Hurricanes had experienced quite a bit of trouble
with the rival Florida Gators, losing 10 of the last 12 games against the team that
was ranked No. 2 nationally entering the weekend.

After Sunday, the misery continued for head coach Gino DiMare’s team as Florida used an early offensive explosion and held off a late ‘Canes rally to sweep the weekend series with a 5-3 victory in front of a crowd of 3,554 inside Alex Rodriguez Park at Mark Light Field.

Miami
(4-3) got within one run in the eighth inning on a two run homer from Raymond
Gil, but that would be as close as they would get as Florida (8-0) added an
insurance run in the ninth to get their first sweep in the series since 2017
and their first in Coral Gables since 2012.

Florida got
to ‘Canes starting pitcher Slade Cecconi (1-1) early with two runs in the first
inning and another in the second on a solo home run by Josh Rivera.  Miami chipped away at the deficit in the
fourth inning, getting the first two runners on and bringing their first run
home on a sacrifice fly before Alex Torral’s long shot to right field fell
short of getting out of the park with two runners on and the threat came to an
end.

Cecconi
settled down for the next few innings before giving up a solo homer in the
fifth inning to Jud Fabian and finished the game with seven strikeouts and just
one walk, but gave up four earned runs over five innings.

Miami had another chance to make things interesting in the bottom of the fifth inning and had the bases loaded before Gil struck out looking on the pitch from Gators starter Hunter Barco (1-0) to end the threat. The lefty finished the day on the mound with seven strikeouts and two walks while giving up just two hits over five and a third innings pitched.

Miami
returns to Mark Light Field on Wednesday for another showdown against a
Sunshine State foe, this time the USF Bulls, at 3 pm before a weekend series at
home against Towson.