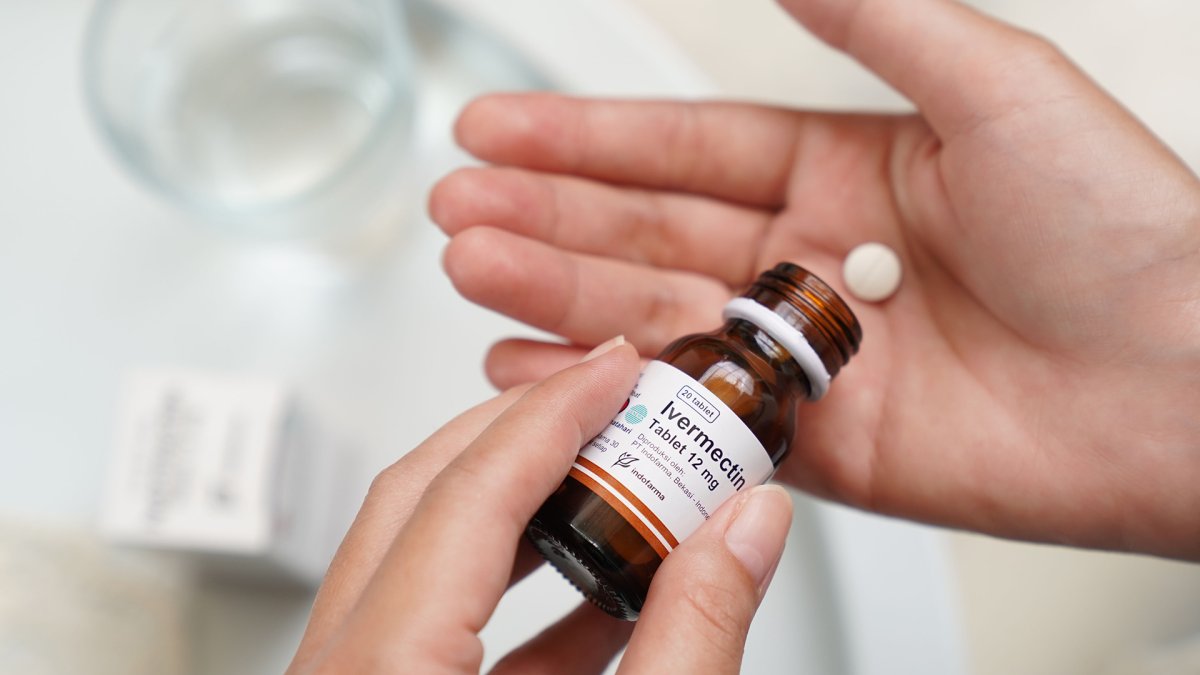 Since the beginning of the pandemic, prescriptions for Ivermectin have risen twenty-four fold what they were, according to the Centers for Disease Control. Ivermectin is a Nobel-prize winning drug to fight off parasites but a version of it is used to remove heartworms from large animals like horses.

NBC 6 reporting partners at Politifact looked into it.

NBC 6 first reported on Ivermectin in April 2020 when doctors at the Broward Medical Center said they saw positive signs from using the drug. The doctors used Ivermectin as part of the cocktail of drugs they used early on to treat the virus.

“It’s not a miracle cure. We’re not talking about a miracle cure. To me it’s the same message that it’s been all along. Social distancing. Staying away from people. Wear a mask,” said Dr. Jean-Jacques Rajter at the time.

“The importance of ivermectin for improving the health and well-being of millions of individuals with River Blindness and Lymphatic Filariasis, primary in the poorest regions of the world, is immeasurable,” the announcement stated.

The issue is – the coronavirus is a virus not a parasite.

“People are looking for hope in this pandemic. We are entering the year and a half stage. Some people are vaccinated, other people are vehemently against it and they want an easy fix. They want to say I don’t need the vaccine because I can get this treatment,” said Katie Sanders, managing editor of Politifact, “While it is not a proven drug to treat COVID-19. Both sides kind of have a point on their specific lines.”

Most medical professionals say the best way to treat the virus is never getting it and the best chance of that is through the vaccine.

A June compilation of studies published in the peer-reviewed American Journal of Therapeutics opened the door. Critics say some of the researchers in the underlying studies included some association with Ivermectin backers.

Most experts say more research is needed because many early studies have also not been peer reviewed.

At this point, the Infectious Disease Society of America does not recommend its use citing their own analysis showing it “is not a viable option to treat patients with COVID-19.” The paper was published by a peer reviewed outlet.

The backers of the first paper publicly refuted the claims of the second.

In an analysis by German and English researchers published in the National Library of Medicine, they concluded “based on the current very low to low certainty evidence, we are uncertain about the efficacy and safety of Ivermectin used to treat or prevent COVID-19. The completed studies are small and few are considered high quality.”

Then comes the farm animals. Some forms of Ivermectin are used to prevent heartworms and other parasites in horses. That’s why the Food and Drug Administration gave a warning. People were going to the hospital by self-medicating with the version for animals.

The FDA has approved Ivermectin tablets to treat diseases like parasitic worms or head lice but not COVID-19. There is no scientific consensus as of yet.

This is all important because sometimes drugs do seem promising but then end up having little or negative impacts on the disease it’s trying to cure. That’s why the FDA warns against it for treating COVID-19 at this point. So does the World Health Organization.

There are 77 clinical trials ongoing in America in other countries so things could change in the future.