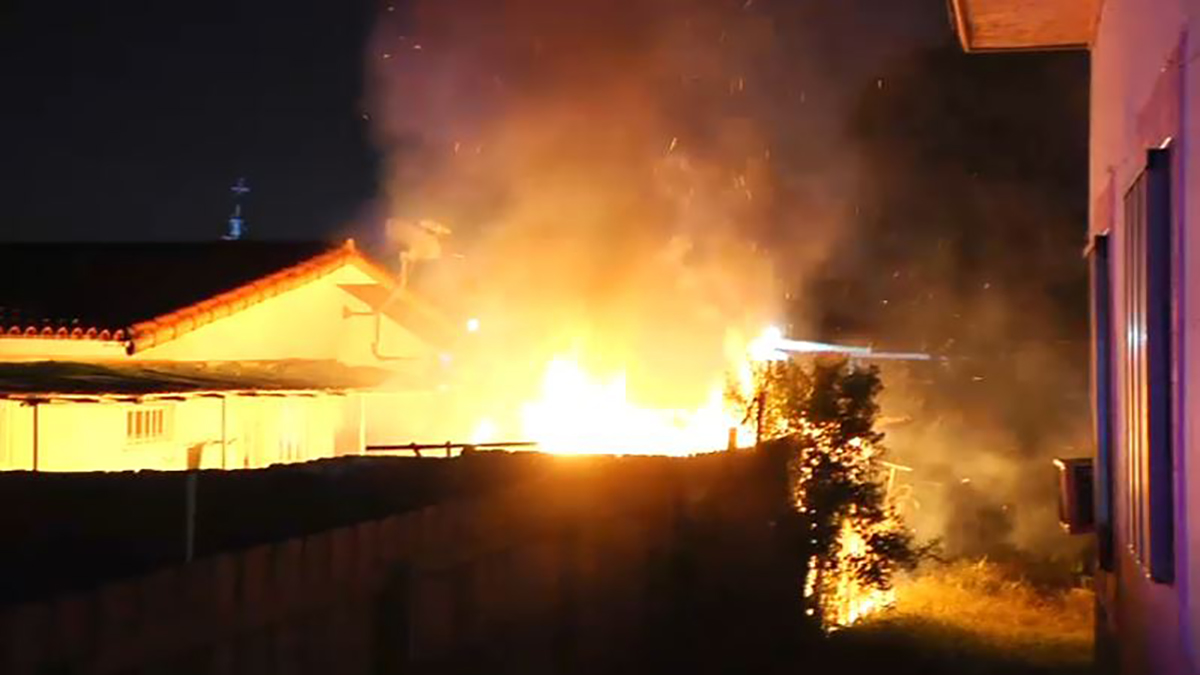 A police officer is being hailed as a hero after saving home
owners after a shed caught fire early Tuesday morning inside a Westchester neighborhood.

Miami-Dade Fire Rescue member Robert Ortega says the blaze
broke out inside the shed located near the 2500 block of Southwest 89th
Avenue. The officer on patrol in the area spotted flames in the back of a home
and was able to call 911 and bang on the windows and doors of a nearby duplex to
get residents out safely.

No one was injured in the fire and investigators have not
said how it got started at this time. Ortega said as many as six people were
saved by the actions of the officers.

Police have not released the identities of the officer at
this time.