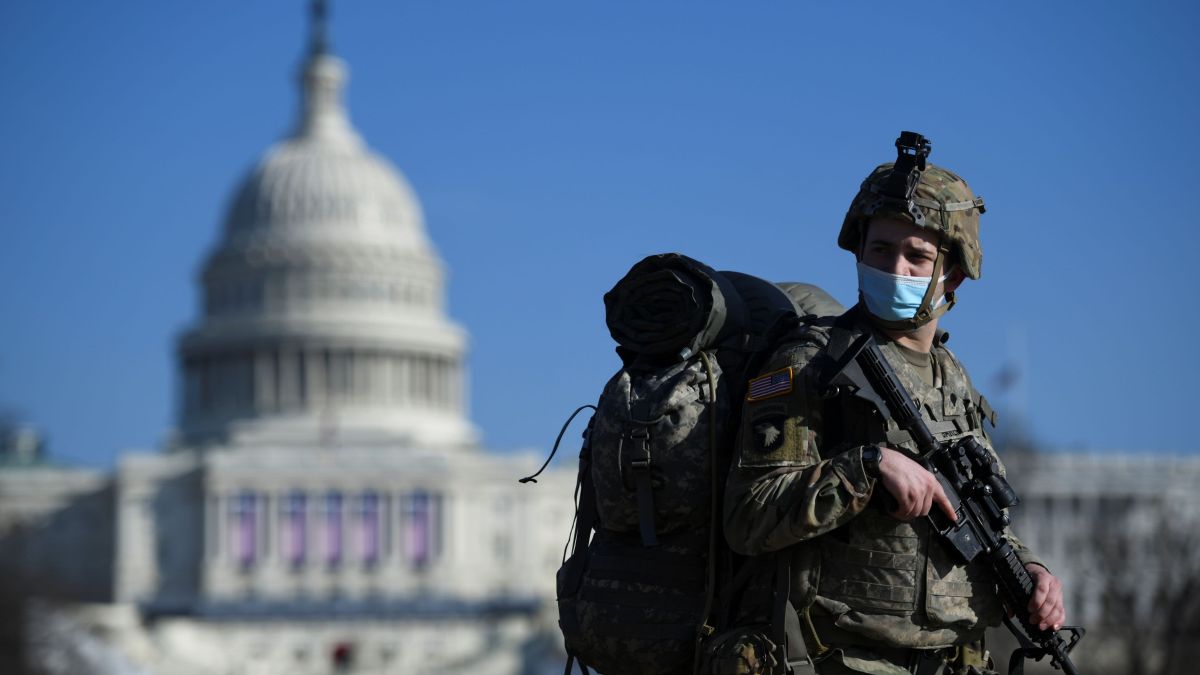 The U.S. government is making its best effort to send a clear message to anyone thinking of causing trouble at the nation’s Capitol: take the thought out of your mind. The number of National Guard forces present continues to increase, and the FBI is closely monitoring social media.

The security perimeter for the White house and the U.S. Capitol is extending as inauguration nears. The Department of the Interior has shut down the National Mall, the Mayor of Washington has closed down streets, and the bridges connecting D.C. to Virginia over the Potomac are expected to close.

Vice President Mike Pence, who was just 60 seconds away from being endangered by rioters at the Capitol last week, has tried to assure the public that Inauguration Day will take place without incident.

Local residents say they have seen their city transform. Alexis Bennaim, who lives near downtown Washington, told NBC 6 that “it’s definitely concerning, it’s not something we are used to seeing. But I am happy to see they are keeping everybody safe.”

South Florida Congresswoman Federica Wilson noted that she was concerned about Trump leaving early for Florida prior to the inauguration.

“The reason I’m worried is that the president announced very clearly and very distinctly to his base, I think in a dog whistle fashion, that he was not going to attend,” Wilson said. “So I think that is an indication that it’s okay to come out and wreak havoc.”

The National Guard says it will have 25,000 present in D.C. by Wednesday.

“They are under the command and control of General Commander William Walker, the commanding general of the DC National Guard, and they are protecting, providing security, communications, logistics and coordination for all supported agencies,” said General Daniel Hokanson, Chief of the National Guard Bureau.

Meanwhile, the FBI has continued to prosecute rioters they say broke the law. The Arkansas man who was photographed sitting in Nancy Pelosi’s chair was originally going to be released on house arrest, but a federal judge stepped in and ordered he be held and transferred to Washington D.C.

He is being charged with bringing a weapon into the Capitol, as well as violent entry.

This weekend, another man from Virgina was also arrested for his part in the riots. Police say he had fake credentials for the inauguration, a handgun, and a large amount of ammunition.