“All power to all people.”

That message is encapsulated in a new, bold statue erected in the City of Opa-Locka Tuesday.

An 8-feet tall sculpture of an afro pick was unveiled in the heart of the community at the historic Opa-Locka Seaboard Air Line Railway Station along Ali Baba Avenue.

The grooming utensil, which is used in everyday life, is now larger than life. Since the 70s, the black fist afro pick has been a cultural icon. The fist represents black pride and identity. 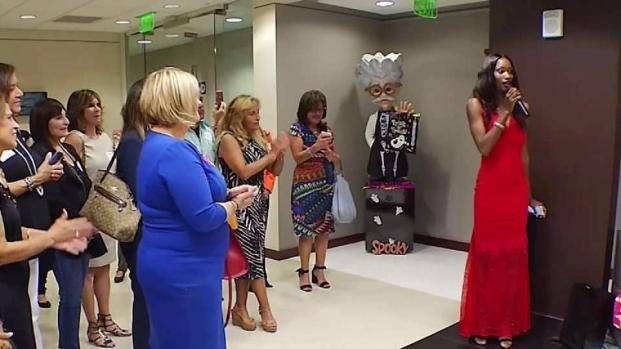 Hank Willis Thomas is the internationally known artist behind the sculpture. Most of his art installations reflect on identity, history and pop culture.

“I wanted to put something in the public that forced people to ask questions. ‘Why is this important to someone? Why is it preserved? How do I as a person relate to it?’” Thomas said at Tuesday’s unveiling.

Thomas’ piece in Opa-Locka represents values of community and resistance to oppression.

“Hopefully, it’ll bring people to talk….[become] a locus for people to come to,” Thomas said.

Former Mayor of Opa-Locka and founder of the Opa-Locka Community Development Corporation Dr. Willie Logan commissioned the statue. He said he hopes “The Pick” will encourage more open discussion about race and racial identity.

“We think this symbol of the pick, the afro pick is one of those items and one of those things that will provoke that type of conversation,” Dr. Logan said. 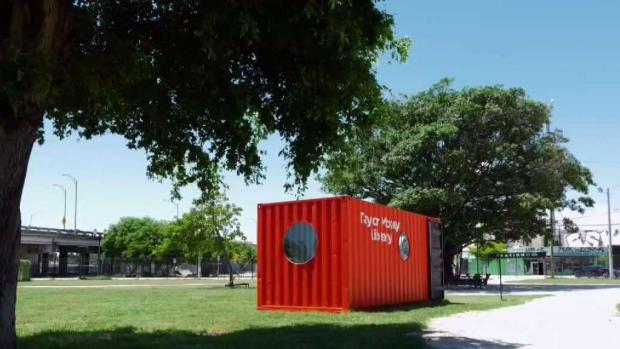 The afro pick sculpture is one of many initiatives the Opa-Locka CDC sponsors in effort to revitalize the city.

“In recent years, we’ve noticed the value of creative artists and communities to actually help bring new life and new attention to areas no one cared about,” said Thomas.

Opa-Locka is not the first city to host the “The Pick” statue. The same 800-lb sculpture created by Thomas was installed in Philadelphia back in September.