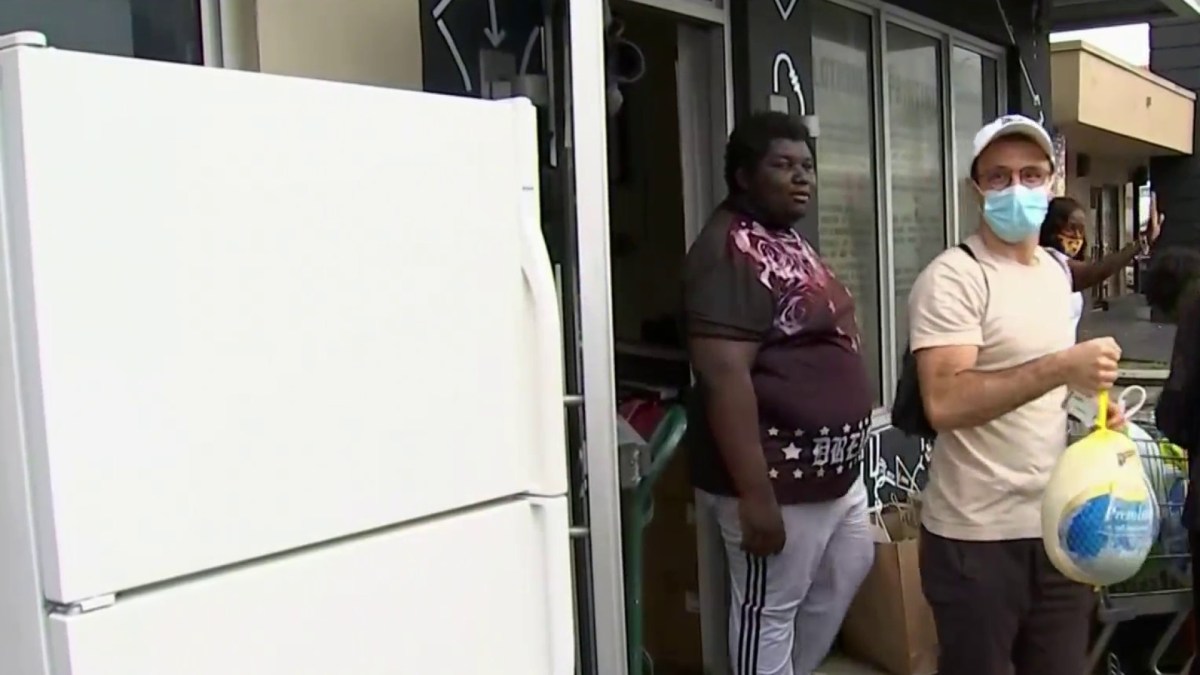 For Sherina Jones and her fellow organizers, the turnout for their Thanksgiving food giveaway was shocking but also somewhat expected.

“We have been giving to the community since August,” Jones said.

She says most of the people who showed up Wednesday are some of her “regulars” who rely, almost daily, on the community fridge she started about four months ago.

They call it the Village (Free)dge and it’s to help with the growing need, exacerbated by the pandemic.

“People come here to get food for breakfast, lunch or dinner,” said Jones.

With the help of their community partner, they set up the fridge outside the Roots Collective Black House in Liberty City.

They stock it with food and leave it out on the sidewalk. Anyone who is hungry at any hour of the day or night can help themselves.

But sometime Tuesday night, the fridge was stolen.

Fortunately, it didn’t impact the turkey giveaway planned for Wednesday.

“We had to keep it going. We couldn’t stop today,” said Danny Agnew, one of the organizers.

It does, however, impact those who rely on the fridge everyday.

Despite the setback, the Village organizers said the incident only highlights the need and energizes them to continue with their mission.

“When Danny and Rina called to tell me the fridge was stolen, it was a sense of anger at first but then it highlighted the plight in our community,” said organizer Isaiah Thomas. “That somebody needed it. Somebody needed what was in that fridge.”

They said they’ve already had community partners stepping up to help replace the fridge.

“It didnt diminsh my spirit,” Thomas said. “It just told me that what we’re doing we have to keep doing. It’s a need.”

They have a Gofundme set up to help their efforts.