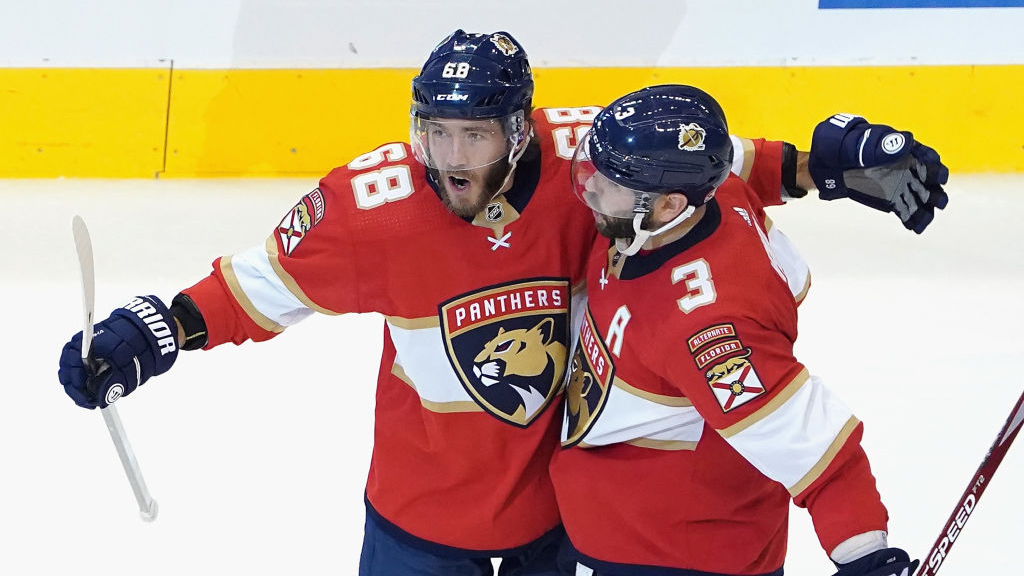 Brian Boyle and the Florida Panthers turned the tables on the New York Islanders by playing with more discipline and patience to avoid being swept from the playoffs.

Boyle and Mike Hoffman scored goals 2:47 apart, and the Panthers took advantage of several miscues in beating the Islanders 3-2 in Game 3 of their best-of-five preliminary round playoff series on Wednesday.

“It’s rewarding for us because we’re putting the work in and a few mistakes have cost us so far,” Boyle said. “We’re not where we want to be in this series, but we can only control today.”

The Panthers put aside their disappointment following a 4-2 loss in Game 2 a day earlier, in which they squandered a pair of one-goal leads, and allowed the Islanders to convert two of seven power-play opportunities.

On Wednesday, the Panthers were penalized just three times and didn’t allow a power-play goal, with Haula playing a big role by blocking Ryan Pulock’s blast from the point in the second period.

Aaron Ekblad was both relieved and impressed by Haula blocking Pulock’s shot because he was the one watching from the box while serving an interference penalty.

“It was a gutsy play by him, and I love him for it,” said Ekblad, who gave Haula a hug once he returned to the bench.

Hoffman scored the go-ahead goal 41 seconds into the third period, and 34 seconds after Varlamov was penalized for delay of game after playing the puck in the trapezoid.

Panthers defenseman Keith Yandle faked a shot in the high slot, before feeding Hoffman, who blasted the puck in from the right circle.

Boyle made it 3-1 when he corralled a loose puck inside the Islanders zone and snapped a 40-footer inside the left post.

“I though the whole series we’ve given them some opportunities by being undisciplined. And I thought our guys worked hard. They worked for each other. They played a a simpler game,” Panthers coach Joel Quenneville said. “We’ve had better results when we do that type of game, and against an Islander team, that’s the way you’ve got to play if you want to be successful.”

It was the Islanders’ turn to blame themselves for a loss, which snapped a six-game winning streak — including regular season — over Florida, dating to a 4-2 loss on Nov. 10, 2018.

The Islanders still have a one-game lead in the series, and history on their side.

The Panthers are seeking to become just the second team to overcome a 2-0 series deficit in a best-of-five, and first since the Islanders did so over Washington in 1985. Otherwise, teams are 56-1 when winning the first two games of the NHL’s best-of-five series overall.

Florida is also seeking to avoid going one-and-done for their fifth consecutive playoff appearance, and being eliminated by the Islanders for the second straight postseason after losing a first-round series in six games to New York in 2016.

Florida has not won a playoff series since its first postseason appearance in 1996, when the team reached the Stanley Cup Final, where it was swept by Colorado.

Panthers forward Jonathan Huberdeau did not finish the game. Quenneville would only say Huberdeau is “battling through some things,” and was hopeful he would be available for Game 4.

NOTES: The game was the Panthers’ first as the “home” team since 4-1 win against Montreal at Florida on March 7. … The Islanders made no lineup changes from Game 2, while Panthers D Mike Matheson was scratched after picking up four of the Panthers 10 minor penalties this series. … Panthers signed undrafted free agent Harvard forward Henry Bowlby to a two-year entry level contract earlier in the day. From Edina, Minnesota, Bowlby, had 21 goals and 45 points in 84 games in three seasons, and received the ECAC Hockey Commissioner’s award in having the team’s highest GPA last year.