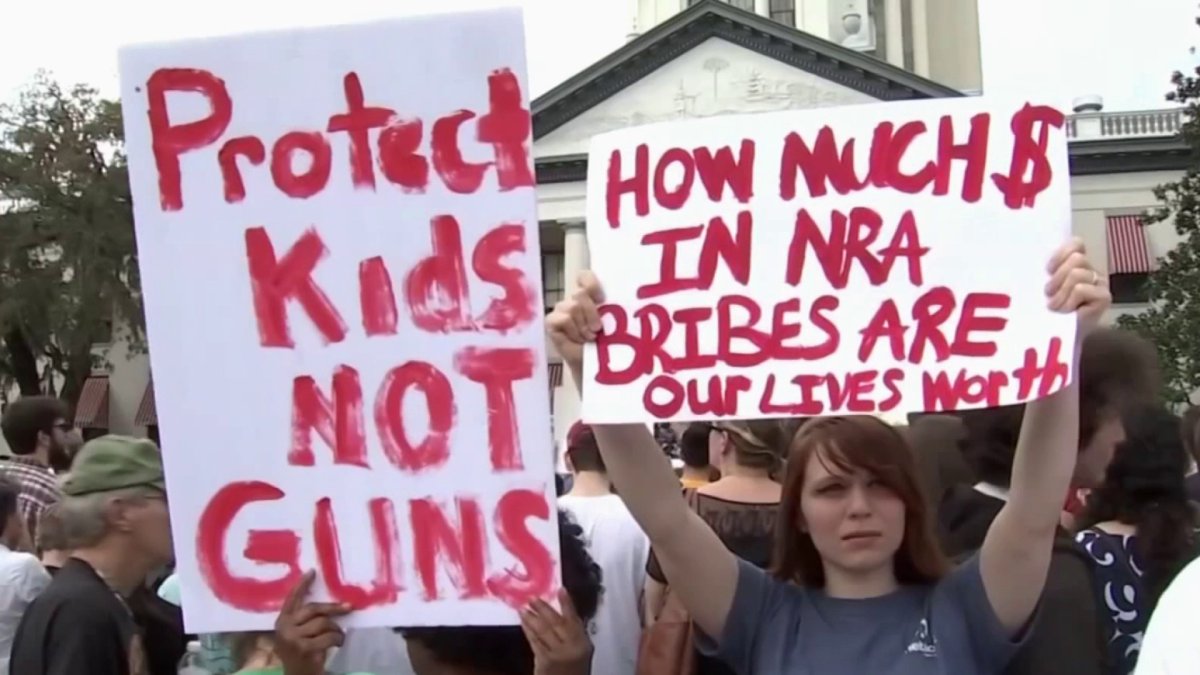 The first gun safety bill in decades is now on its way to President Joe Biden’s desk.

This comes after both the House of Representatives and Senate members in both parties supported the bill.

The bill stems from recent massacres and members of both parties saying doing nothing about guns is no longer an option.

Parents who lost their kids in the 2018 Parkland shooting, like Tom Hoyer, told NBC 6 that this is a good first step.

“It’s been a long four and a half years to see something get done,” Hoyer said. “We’re very relieved that something has gotten done.”

“This is one of those things where in the wake of what happened to my son and the 16 others that were killed, we were able to have a voice,” he said. “You just feel an obligation to people, you feel an obligation that this doesn’t happen to other people.”

Now they are going to closely monitor how the roughly $13 billion allotted to this proposal will be used.

“The bipartisan Safer Communities Act, which was overwhelmingly passed by the United States, which I’m pleased to bring to the floor today, is a step in the right direction to take action,” said Steny Hoyer, Majority Leader in the House of Representatives.

This is the action that thousands of Americans have asked for, for years.

Earlier this week, the Senate voted 65 to 33 in favor of gun reform.

Once in the House, Republican representatives focused on what’s written in the constitution about guns and said the bill is unconstitutional.

“This legislation takes the wrong approach at attempting to curb violent crimes, it turns our system of due process on its head,” said Rep. Ben Cline, a Republican from California.

Democrats also said they want more, but this is a good first step.

“This bill doesn’t do everything that I think should happen, but it does something, it will make people safer,” said Rep. Zoe Lofgren, a Democrat from California.

The act does not ban assault rifles or raise the age to buy them, but it does strengthen background checks and red flag laws, and expands mental health services.

It also closes the “boyfriend loophole,” so convicted offenders with a background in domestic violence won’t have access to guns.