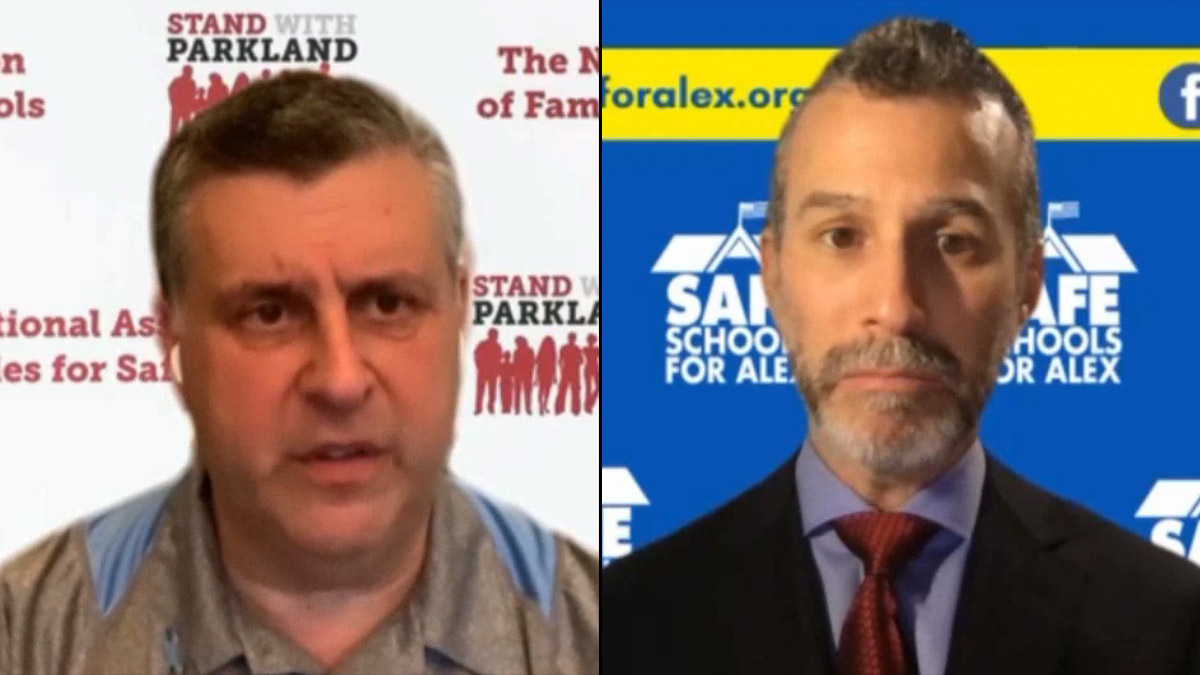 School shootings such as Tuesday’s tragedy in Michigan can happen at any school, anywhere in the nation. When they occur, the impact is felt acutely in Parkland, among the families who lost loved ones in the Marjory Stoneman Douglas High School massacre in 2018.

“It’s just so infuriating that it’s been decades since the Columbine shooting and almost four years since Parkland and this violence, this senseless violence continues to happen,” said Max Schachter, who lost his son, Alex, in the Parkland shooting.

“We are reminded of the loss of our loved ones, I’m reminded of my beautiful and bubbly daughter, Gina, who we sent out the door to school and she never came home that day, and we know the families of the victims in Oxford Township are feeling exactly that, that gut punch,” said Tony Montalto, president of the advocacy group, Stand With Parkland.

Since the tragedy at MSD, Montalto and Schachter have devoted their lives to making schools safer. Schachter runs Safe Schools For Alex, another advocacy organization.

“There are way too many guns out there and unfortunately, we can’t put that genie back in the bottle, what we can do is make our society safer and work to prevent this from happening again,” Schachter said.

Montalto and Schachter each support nationwide extreme risk protection orders, known as red flag laws, which allow police to temporarily take guns away from people who are mentally unstable. Several states, including Florida, have them.

“The consequence of congressional inaction is meeting more devastated families like mine,” Montalto said, as they left the senator’s office.

Schachter said there were lessons learned from Parkland which saved lives in Michigan: classrooms doors were locked, and the presence of a school resource officer was vital. The SRO got the shooter to surrender while he still had 18 live rounds on him.

In Florida, every school is required to have a police officer or armed guardian on campus.