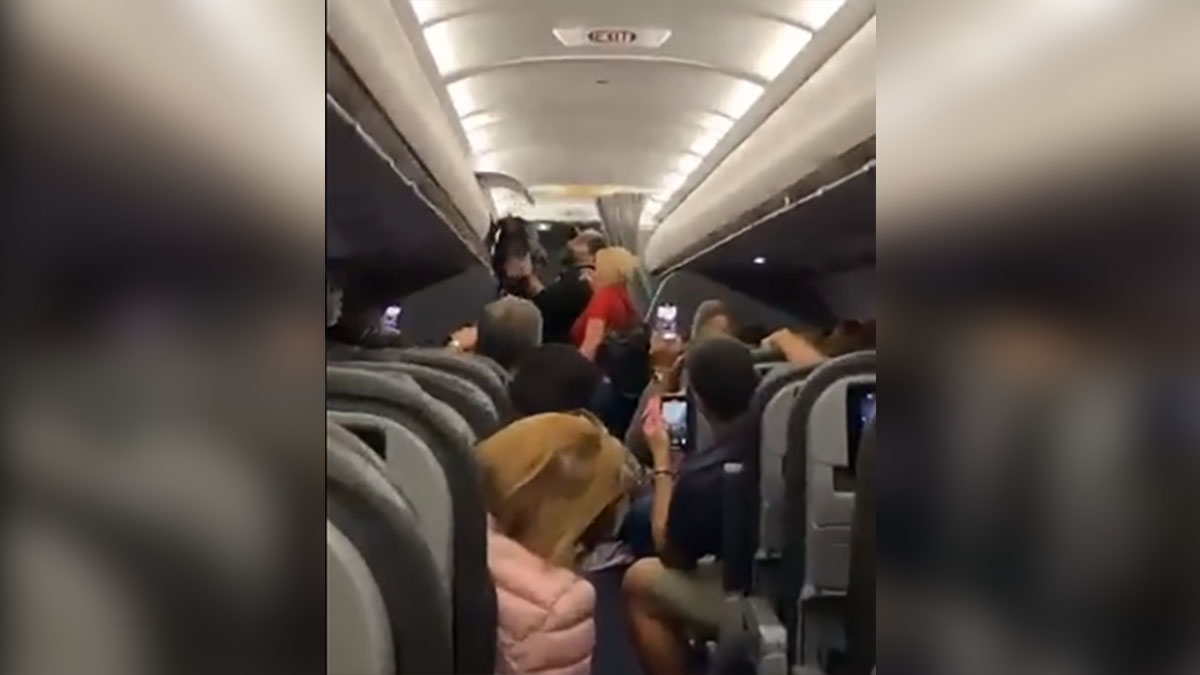 Two passengers on a flight leaving Miami International Airport on Friday were kicked off after refusing to wear face masks.

Only in Dade posted the video from the American Airlines flight scheduled to depart from Miami to Houston, showing the passengers being escorted off the plane.

“American Airlines Flight 1469, with service from Miami (MIA) to Houston (IAH), returned to the gate to deplane two customers who refused to comply with crew member instructions or adhere to federal face covering requirements,” the airline said in a statement. “We thank our team members for their professionalism and apologize to our customers for the inconvenience.”

The incident became the latest involving disputes at South Florida airports, including an incident at the American Airlines terminal last month.