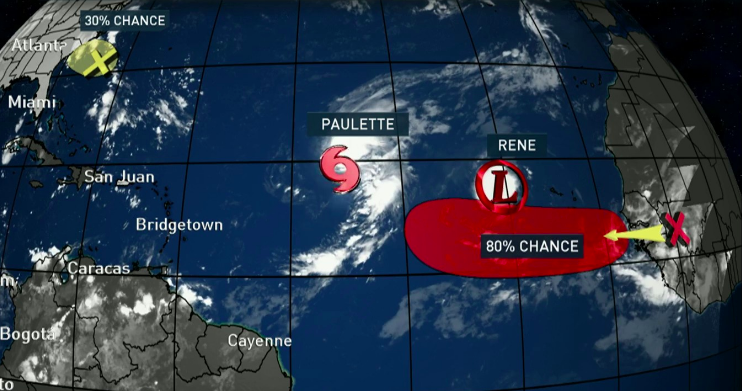 While as many as four tropical systems could become named
storms by the end of the work week, South Florida is not at risk of being
struck by any of them at this time.

Tropical Storm Paulette remains over 1400 miles from the nearest land area Wednesday morning, with winds of 60 miles per hour as of the 5 AM advisory and moving west at 8 m.p.h. with no watches or warnings being issued.

Meanwhile, Tropical Depression Rene was downgraded late Tuesday evening and remains with winds of 35 m.p.h. while moving west-northwest at 14 m.p.h. and is over 400 miles from the Cabo Verde Islands with all watches and warnings lifted.

Rene is the Atlantic’s earliest 17th named storm on record,
breaking the previous record of Rita, which formed Sept. 18, 2005.