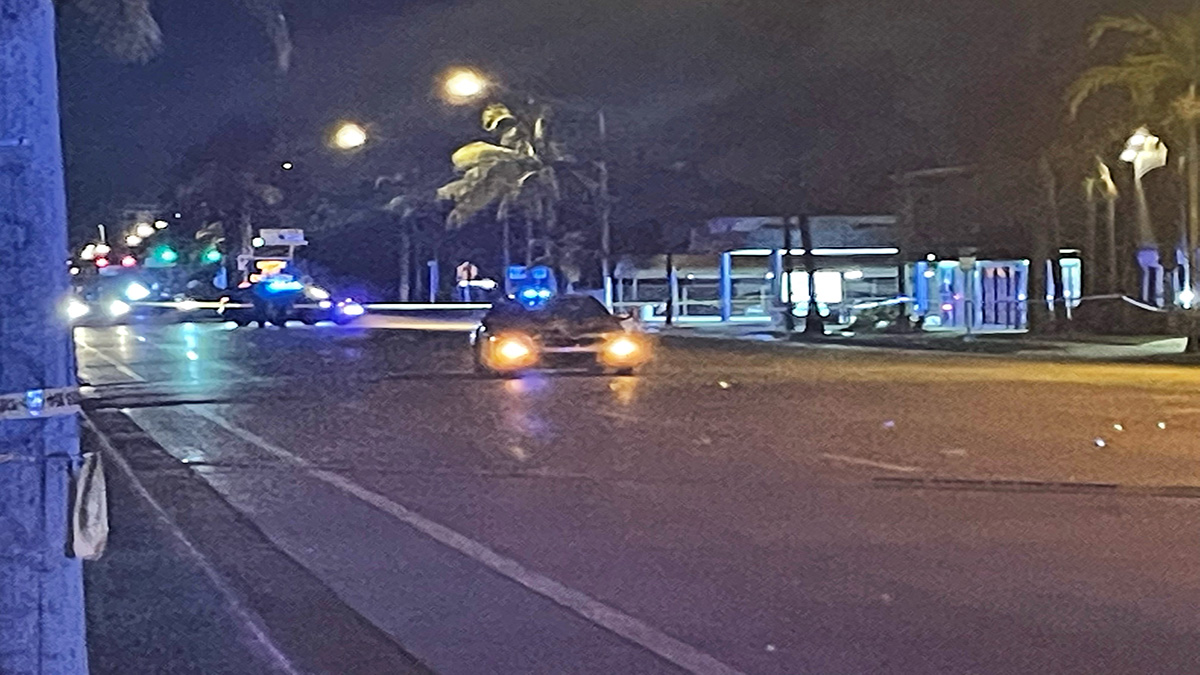 Authorities are investigating after a pedestrian was struck and killed in Dania Beach early Thursday.

The crash happened around 2 a.m. on Federal Highway between Southeast 3rd and 4th Terrace, where a car was seen with a shattered windshield.

Broward Sheriff’s Office officials said deputies found one person dead at the scene, but did not release the victim’s identity or the circumstances surrounding the crash.

The driver of the car involved remained on the scene. It was unknown if any charges would be filed.

The roadway was closed for several hours during an investigation before reopening before 7 a.m.