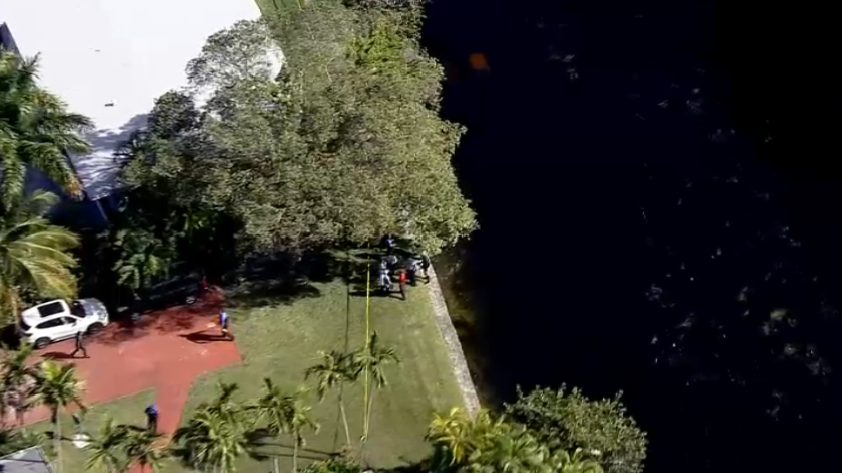 A person was found dead inside a car that was submerged underwater in a canal Tuesday in El Portal, police said.

Divers responded at around 1:45 p.m to the 500 block of NW 87th Street after reports of a car inside a canal.

A sole person was found inside the vehicle and was confirmed dead, according to the El Portal Police Department.

It’s unknown at this time how the vehicle went into the canal, and police did not confirm the identity of the person.

Police did say they are looking into the possibility that the victim might be a man who has been missing out of Miami Shores since Friday.