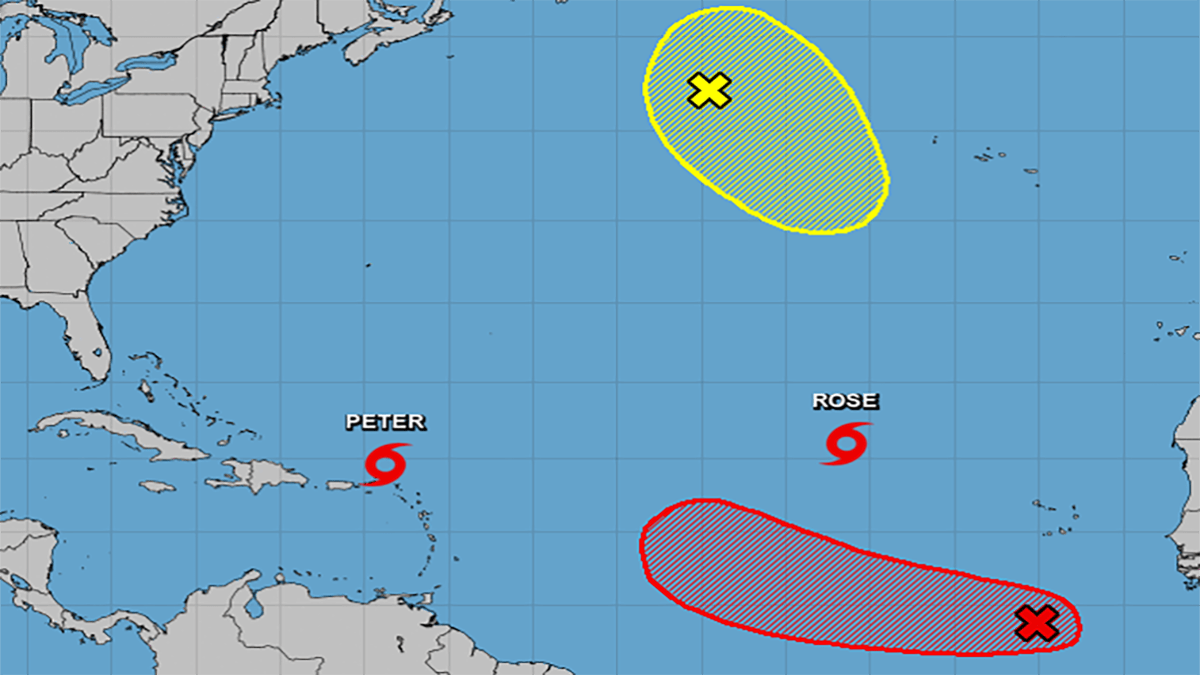 Tropical Storms Peter and Rose continue their moves across the Atlantic Ocean during an active 2021 hurricane season, with neither system expected to impact the United States.

The National Hurricane Center’s latest advisory has Peter with winds of 50 miles per hour as it sits just north-northwest of the northern Leeward Islands. Peter is expected to make an eventual turn to the north and drift away from land before dying out.

Rose has winds of 45 m.p.h. as it sits over 800 miles west-northwest of the Cabo Verde Islands while moving to the northwest. Forecasters expect Rose to also move to the north and eventually die out in the Atlantic.

Those potential systems would be named Sam and Teresa if they form with neither expected to impact South Florida or the United States at this time.