Residents and crews are cleaning up after a confirmed tornado caused downed trees and damages overnight in Plantation.

A tornado warning was issued in the early hours of Tuesday for parts of Broward County as Doppler radar indicated one had struck down in the area between Nob Hill Road and Northwest 6th Street through Cleary Boulevard and Northwest 98th Avenue.

Crews from Fire Rescue responded to calls of downed trees – some which landed on top of cars – around 1:30 a.m.

Crews responded to trees that toppled cars and created quite the mess on all those roads, which continued to be cleared throughout the day. 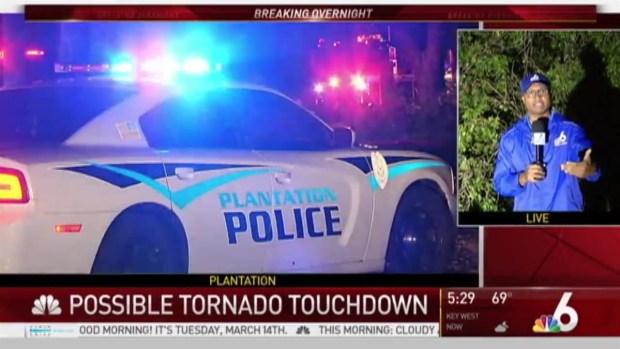 “I started hearing the sirens from my phone go off, so I knew it was bad,” said resident Brianna Gutierrez. “I saw a tornado warning in the Plantation area. I didn’t expect his much damage so I’m a little shocked.” 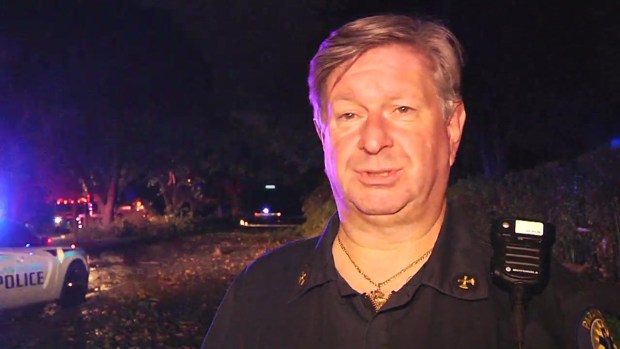 Possible tornado touchdown in Plantation between Nob Hill & NW 6 St through to Cleary and NW 98th. Trees down no stx damage. pic.twitter.com/NYKvkK2Nlz

National Weather Service officials investigated the scene before announcing that a EF-1 tornado did indeed strike the area.

“We probably saw winds well above 80 miles per hour in this neighborhood,” said NWS official Robert Garcia. “Probably closer to 100. We’re going finalize that as we go through things.”

No injuries were reported.