Eight women were taken into custody for questioning. Authorities said they were working to determine whether the women were complicit or victims of human trafficking.

“We’re very sensitive to the victimization element in prostitution and we have experts who are speaking to those women,” said Miami Beach Police Chief Dan Oates.

The businesses were investigated and shut down by the City Manager after several area residents complained about what they alleged was prostitution activity at the parlors. 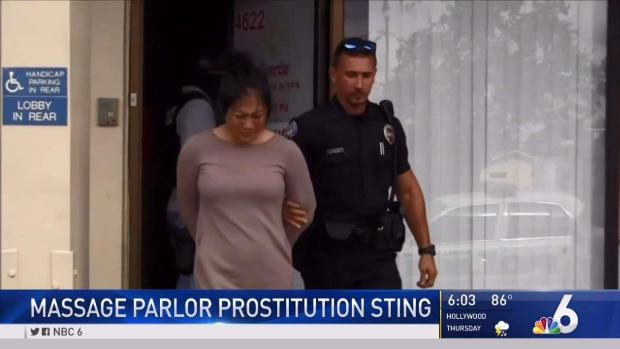 Michael DeFillippe lives near one of the shut down parlors, Jee Jee Spa on 5th Street. He said he had been watching men walk in and out of the business.

“I did a lot of research online myself. There’s these little weird websites where guys give reviews of the activity that happens there. So, it’s very obvious and I did a little observing myself,” said DeFillippe. “I would see just men going in there. They’d have a little transaction then they’d wait around, then go in.”

The other businesses shut down include Lu Lu Spa on Collins Avenue, Shanghai Spa on Normandy Drive and Jade Spa on 71st Street.

Richard Hull also lives near one of the closed spas. He claimed conditions inside one of the establishments was practically unlivable, yet he suspected the women were forced to live and work there against their will.

So far, no arrests were made, police siad. However, Chief Oates assured that the four businesses would remain closed for some time.