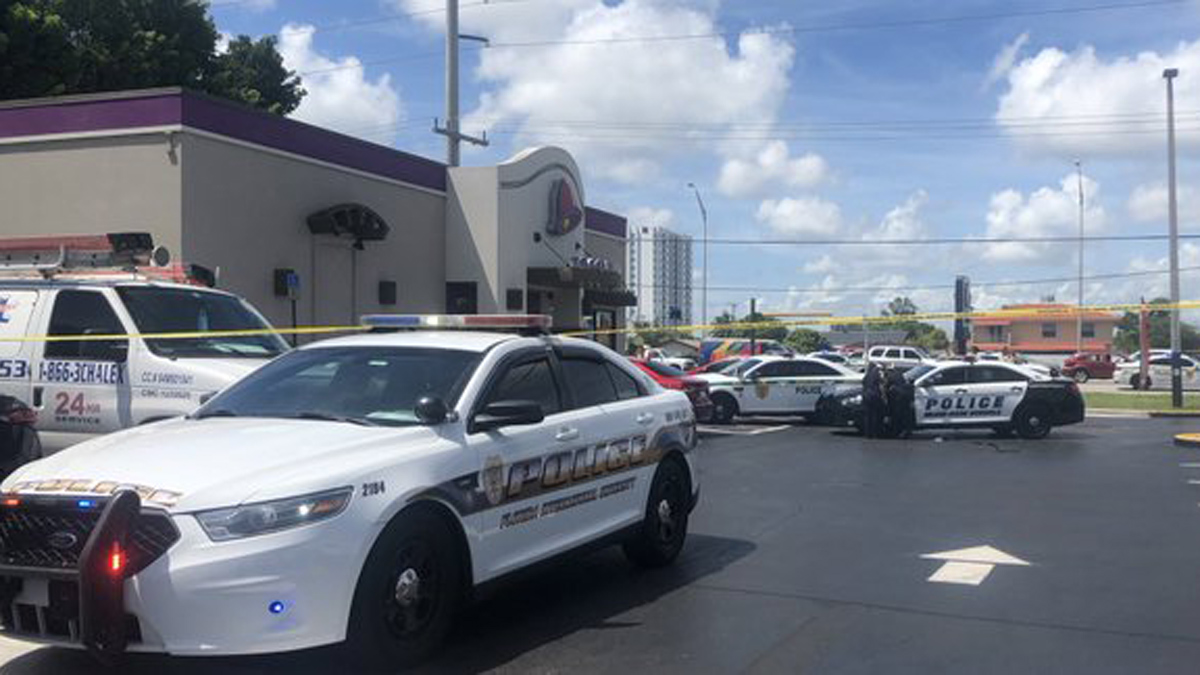 Police have identified the man killed in a shooting at a shopping plaza near Florida International University, while the search for the gunman continued Friday.

The shooting happened Thursday afternoon in the parking lot of the shopping center at Southwest 8th Street and Southwest 107th Avenue.

Miami-Dade Police said the incident began in a barber shop and continued into the parking lot, where the suspect shot the victim multiple times.

The victim, later identified as 39-year-old Jose Luis Contreras Carmona, of Hialeah, was taken to a local hospital where he died of his injuries.

The suspect fled the scene in a white vehicle and remains at large, police said.