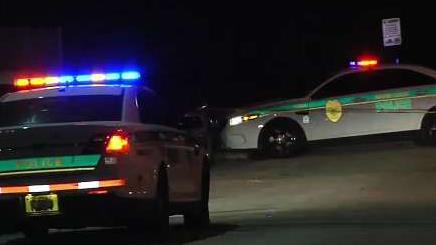 Police are currently investigating a shooting incident that took place Friday night in a Northwest Miami-Dade neighborhood and left one teen boy dead.

Close to 10:30 p.m. Friday, police responded to calls of shots fired on Northwest 21st Avenue around Northwest 64th Street next to the Lincoln Field Apartment Complex.

Although police have released few details of the incident, one known victim was a teenage boy who was killed.

One person was transported to the hospital, although it remains unclear whether that was the deceased boy or an additional victim.

This is a breaking story. Check back for more updates.