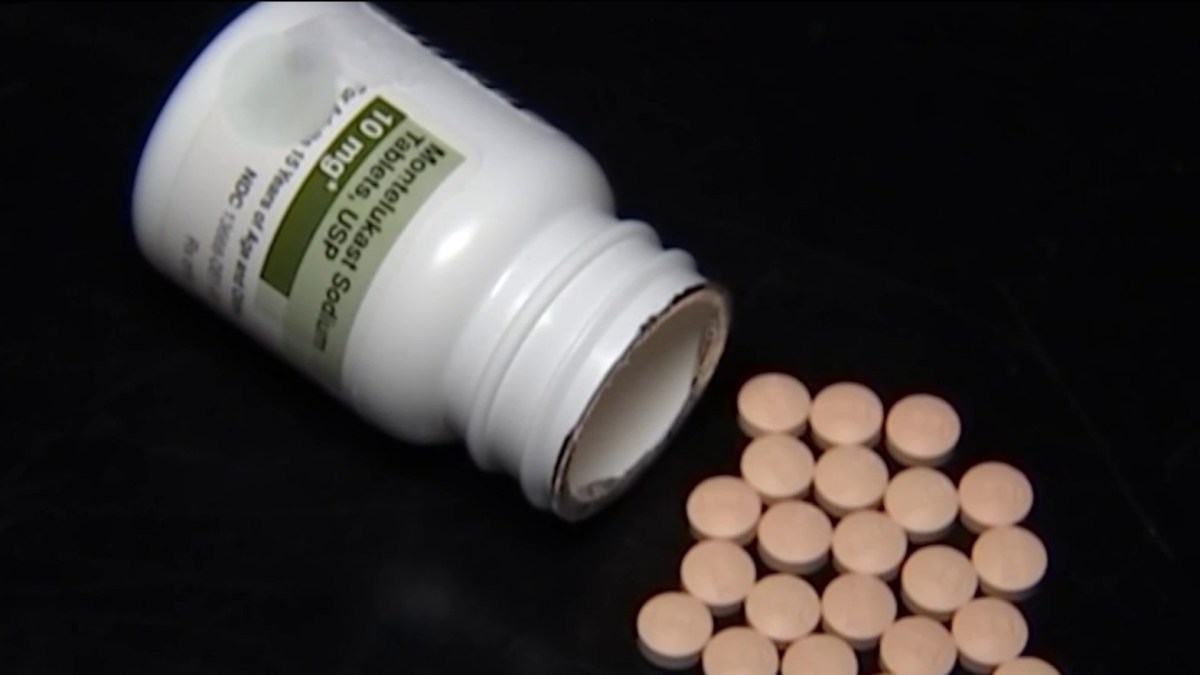 A popular asthma and allergy medicine will now come with a stronger warning from the Food and Drug Administration.

The FDA says the “box warning” comes after “review of available data regarding continued reports of neuropsychiatric events” associated with Singulair and the generic montelukast.

Zephrahills mom Toni Dye says her daughter Kayla was put on Singulair at the age of 7.

“It hurts really bad,” Dye said. “She’s a really good kid. I feel guilty for not really looking into the drug.”

She gave NBC 6 pictures that she says shows how her daughter changed after taking the popular allergy and asthma medication.

“She started having nightmares, night terrors. She’d wake up in the middle of the night and be running around the house and just screaming,” Dye said.

She said there were panic attacks and anxiety and anger issues. Toni says the change in her daughter “was like night and day.” In fact, she said the change was so drastic, Toni and her husband took Kayla off Singulair after just a few weeks.

That was 10 years ago. Kayla is now 17 years old and Toni says she still suffers from anxiety, depression and panic attacks.

“I say that we lost our child because she’s not the same child anymore,” Dye said.

Angela Mitchell told a similar story. Her son was put on Singulair at 18 months for severe allergies.

“He had become so despondent, so disconnected,” Mitchell said.

He was on the medication for about eight months before she learned of the potential side effects and took him off.

“Aggression, wanting to self-harm, wanting to harm us,” Mitchell described some of her son’s behavior. “I have no question in my mind that it was all from the drug.”

Jennifer Browns was prescribed the generic version montelukast in April for her asthma. Her symptoms, she says, were so severe that she stopped after just six days.

“By the fourth day, I was already picturing myself dying,” Brown said. “I could picture myself hanging myself from my door.”

All three of these Florida woman told NBC 6 that no one warned them about the risks for mental health side effects when prescribing the medicine. They’re all part of a Facebook support group of more than 11,000 people with similar stories, some even more severe.

“Some of these children have committed suicide,” Dye said. “I’m lucky, [Kayla’s] still alive. Tomorrow she might not be.”

Many of the parents and patients in the group had been pushing the FDA to take action. In March, the FDA announced it’s requiring a box warning for Singulair and the montelukast.

“We are taking this action after a review of available information led us to reevaluate the benefits and risks of montelukast use,” the FDA said in its Drug Safety Communication. “Montelukast prescribing information already includes warnings about mental health side effects, including suicidal thoughts or actions; however, many health care professionals and patients/caregivers are not aware of the risk. We decided a stronger warning is needed after conducting an extensive review of available information and convening a panel of outside experts, and therefore determined that a Boxed Warning was appropriate.”

The FDA added that “the benefits of montelukast may not outweigh the risks in some patients.”

“A black box warning is the strongest warning that the FDA can give to a medication,” said Tina Joseph, an assistant professor at Nova Southeastern University’s College of Pharmacy.

She says the box warning is to increase awareness, especially for doctors and pharmacists.

“I think what the black box warning will do is to just help doctors understand which patients are this appropriate and who is this not appropriate and balance the risk verses benefit,” she said.

Merck, the company that manufactures Singulair, told NBC 6 in a statement, “At Merck, we are committed to working with regulators, including the US Food & Drug Administration (FDA), to label our products appropriately, enabling physicians to make informed decisions about the products they prescribe.

“We remain confident in the efficacy and safety of SINGULAIR (montelukast sodium), a medicine that has been prescribed to tens of millions of indicated patients with asthma and allergic rhinitis since its approval more than 20 years ago.  We will work with the FDA to update the labeling for SINGULAIR. Today Merck supplies only a small portion of the overall market. If patients have questions regarding the use of montelukast they should consult their physician.”

However, some worry there’s still not enough awareness about the potentially serious side effects.

The new warning was announced in March when the coronavirus began dominating the headlines, and these patients hope their stories help inform others.

“The drug is miraculous for a lot of children with asthma and adults, but for a lot of kids there’s harm. We would just like to see better education across the board,” Mitchell said.

The FDA is also encouraging health care professionals and patients to report side effects from montelukast to the FDA’s MedWatch program.