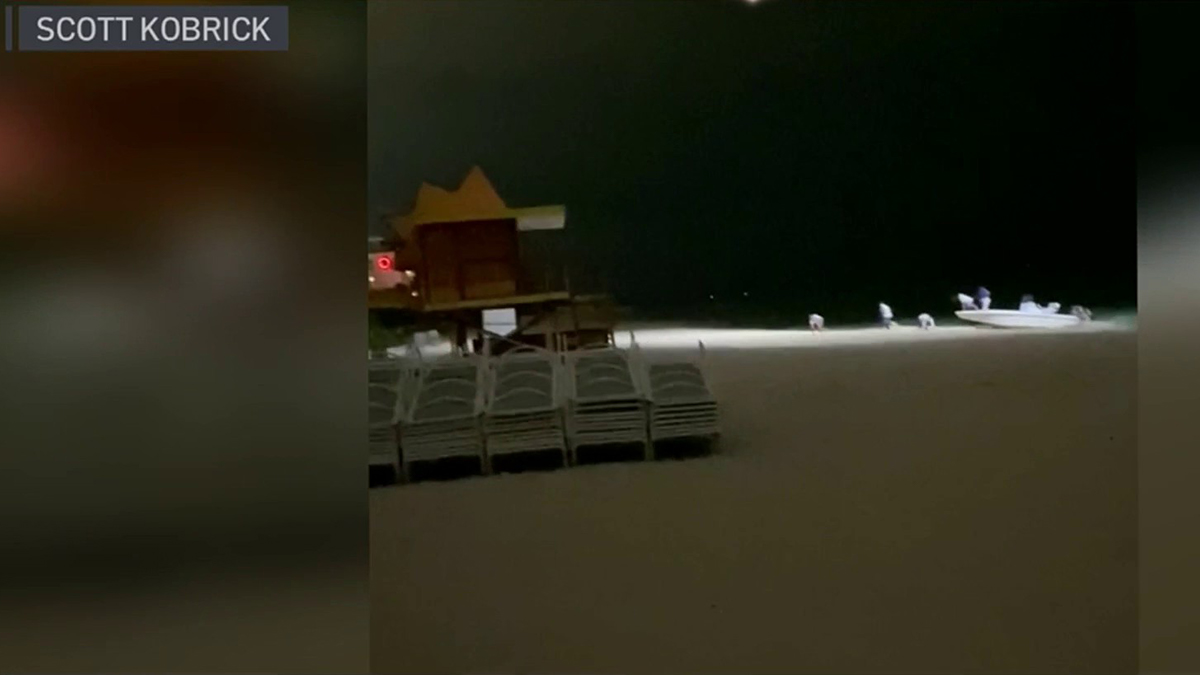 A large police presence responded to a possible migrant vessel that landed on the beach around 24th Street and Collins Avenue in Miami Beach. Video taken at the scene shows a small boat drive onto the sand then several people jump off and start running towards the street.

Scott Kobrick was on the beach when he saw the boat come in and starting filming.

“All of a sudden I see a boat speeding into the coast, into the beach and a helicopter with its light shining down on it. There were some people swimming in the water in the front so we started screaming, me and one of the security guards, started screaming at them to get out of the water cause it looked like the boat wasn’t stopping,” Kobrick said.

“All of the a sudden the boat pulls up and a bunch of people jump out, maybe 10 or so people and start sprinting. some of them ran into that pathway. some ran into these ropes. the helicopter was above shining a light trying to figure out what was going on.”

Miami Beach Police, Border Patrol and the Coast Guard were all on the scene.

we’ll update you as soon as we get more information.

MBPD is lending assistance to U.S. Border Patrol and @USCGSoutheast near 24 Street/Collins Avenue regarding a possible migrant vessel. @MiamiDadePD Aviation is also overhead.