Parts of Florida have begun to feel the effects of Tropical Storm Nestor after a possible Tornado ripped the roof off a middle school in Polk County, leaving brick and debris scattered across the campus.

Crews were seen in the area working on powerlines where nearly 13,000 residents were left without power.

Multiple homes and businesses in Pinellas County were also damaged as storms moved through the area Friday night. It is unclear if the damage was caused by a tornado or strong winds.

Heavy rain and winds were felt across the state as Nestor moved closer toward the Panhandle. 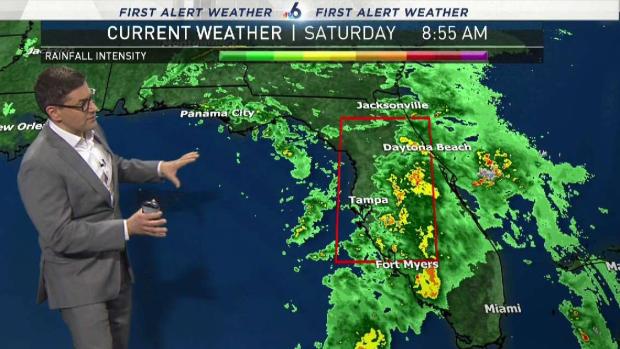 A tornado watch was issued for much of Central Florida and remains in effect until noon Saturday.

As of early Saturday morning, Nestor was located about 80 miles west-southwest of Panama City with maximum sustained winds of 50 mph, according to the National Hurricane Center.

The hurricane center said Nestor was expected to head inland across the Panhandle on Saturday morning and cross parts of the Southeast over the weekend before moving into the Atlantic off North Carolina by late Sunday.