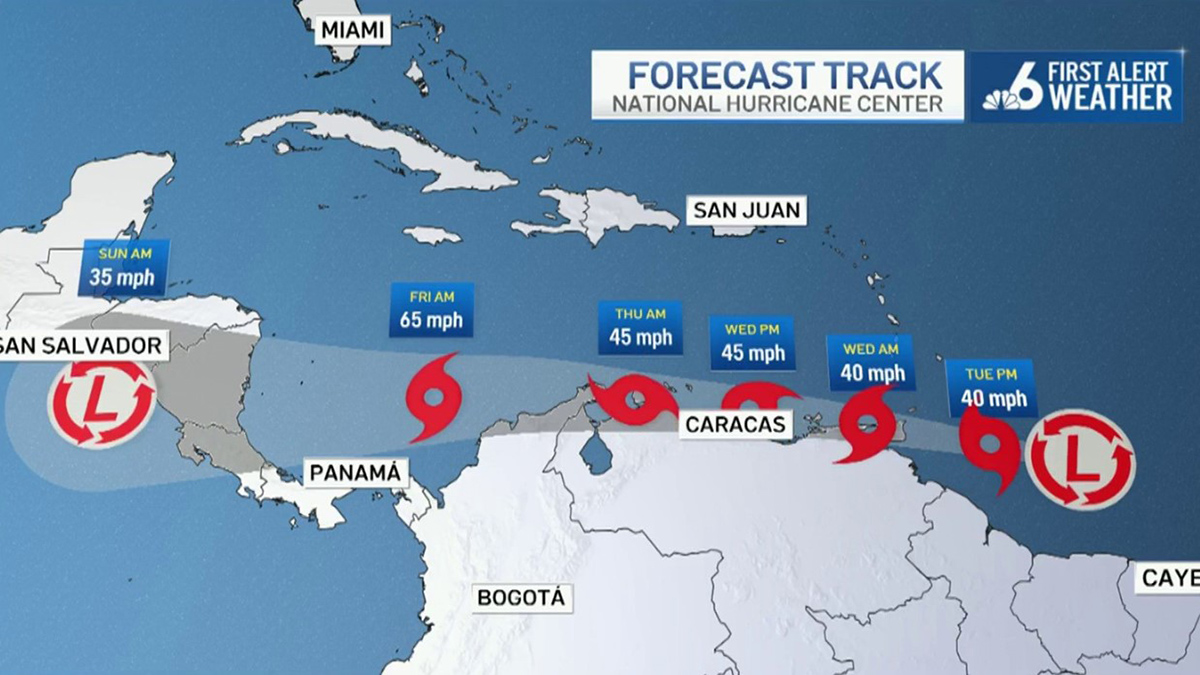 The next named systems of the 2022 Atlantic Hurricane Season could be forming within days, but forecasts do not have any potential systems impacting South Florida at this time.

The National Hurricane Center has begun issuing advisories for Potential Tropical Cyclone Two, which sits over 400 miles east of Trinidad and is moving west at 23 miles per hour. The system, with winds of 40 miles per hour, is expected to move over the northern Caribbean Sea and coast of Venezuela by Thursday.

A second area located southwest of the Cabo Verde Islands was producing disorganized showers and storms. A 20 percent chance of development was forecast over the next five days, and its current path has the area moving across Puerto Rico.

Forecasters said neither system is expected to move across the southern United States. A third potential system in the northern Golf of Mexico has a 30 percent chance of development over the next five days, but is expected to impact the coast of Texas.

If they do become named systems, they would be named Bonnie and Colin.

The first named system occurred in early June, when Tropical Storm Alex formed off Florida’s east coast after moving across the state, dropping massive rainfall and causing flooding in South Florida as Potential Tropical Cyclone One.

The National Oceanic and Atmospheric Administration’s averages for the Atlantic hurricane season is 14 named storms and seven hurricanes. The average for major hurricanes is three.

Last month, NOAA released their predictions for this year, calling for an “above-normal” 2022 with 14-21 named storms expected.