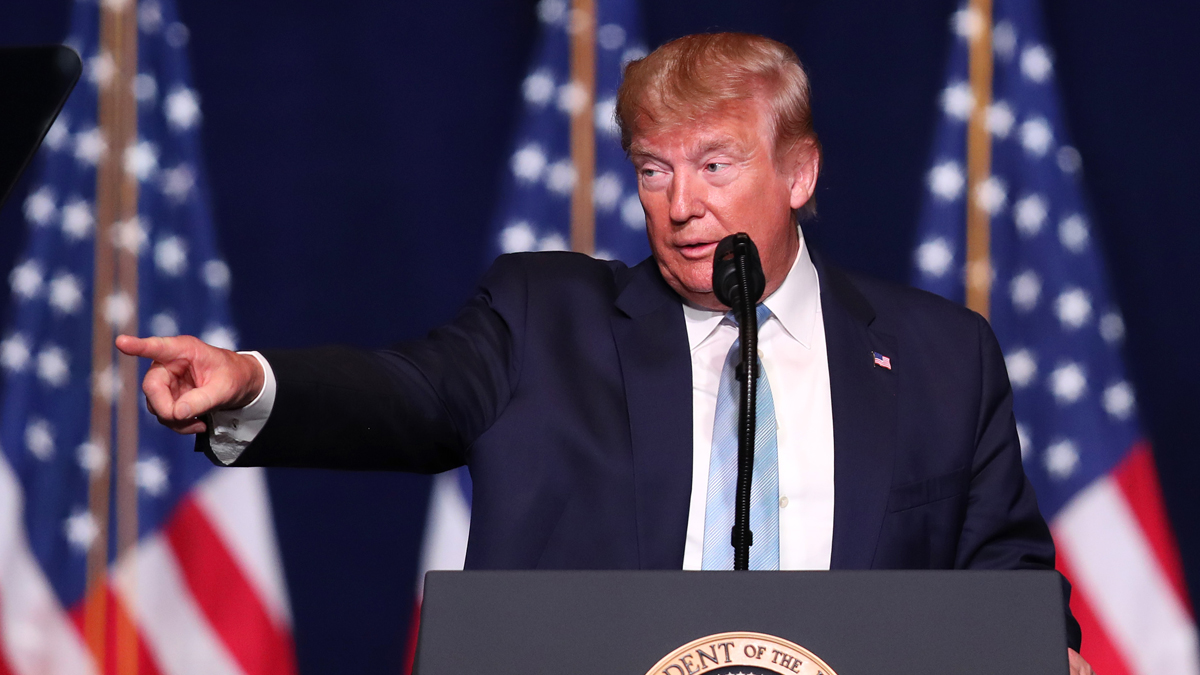 President Donald Trump will make stops in two South Florida locations on Friday, visiting a part of the country that has quickly become a hotbed in the battle with the coronavirus pandemic.

Air Force One is expected to land with Trump onboard at Miami International Airport shortly after 12 p.m., where he will first attend an event at U.S. Southern Command in Doral and be reviewing the advance of a counternarcotics operation in the Caribbean during the visit.

After that, the President is scheduled to attend a roundtable event at a church where he will speak with Cuban and Venezuelan dissidents before arriving back at MIA for the short flight to Fort Lauderdale-Hollywood International Airport.

Trump will travel to a high dollar fundraiser in Hillsboro Beach, a small oceanside town in Broward County that voted for him by nearly 58% in 2016. The Washington Post reports a table at the fundraiser could cost couples up to $580,000.

“Florida is unique in the sense that it’s a swing state…and it’s also an ATM state for politicians who need money for their campaigns,” said NBC 6 political analyst and former U.S. Rep. Carlos Curbelo.

The
President’s visit comes at a hectic time, particularly as Miami-Dade continues
to see a rise in coronavirus cases after it’s rebounded in the area. There’s
also the recent flap over Venezuela President Nicolas Maduro, who Trump
recently said he’s open to meeting Maduro, adding later
only to discuss his exit.

“This trip gives him the opportunity to highlight some of the
administration’s work on Venezuela and to sure up some support…after the
President sent some mixed signals recently,” said Curbelo.

The Florida Democratic Party called the event a “photo op,” adding
if Trump really wanted to help Venezuelans, he should halt deportation and
detention of people trying to flee Maduro.