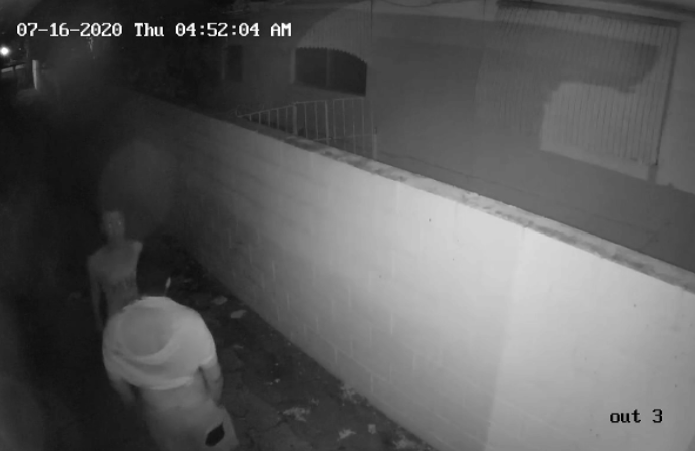 Prosecutors Thursday dropped a murder charge against a North Miami man who fatally shot his partner in mid-July, citing “stand your ground.”

Bernard St. Pierre was charged with second-degree murder in the July 16 shooting of his on-again, off-again partner Clio Kalliope Addison.

Seconds later, prosecutors say Addison returned with brass knuckles with a taser attached and used it to punch St. Pierre in the face. Then the video shows St. Pierre shooting toward Addison.

Addison fled to a neighbor’s apartment and later died. St. Pierre called 911 and told the dispatcher he discharged his firearm in fear but didn’t know if he had struck them, prosecutors said. He later told investigators to shooting the victim but said it was in self-defense.

St. Pierre was arrested and faced a charge that could have landed him in prison for life, but on Thursday, the state dropped the murder charge, granting him immunity and citing “stand your ground.”

“Not filing charges is not vindicating my client. Not filing charges is an experienced prosecutor saying, listen, I have ethical obligations I don’t think I have a good faith basis to go forward here because the ‘stand your ground’ situation is so crystal clear,” said Scott Saul, St. Pierre’s attorney.

“I want the St. Pierre family to know that your son killed my son my baby. He took my baby’s life because he doesn’t know how to live with his sexuality,” she said.

“That has nothing to do with it,” Saul said in response. “That’s not what the case is about.”

In a close out memo, the state also ruled that the defendant is immune from prosecution based on the facts in the case.