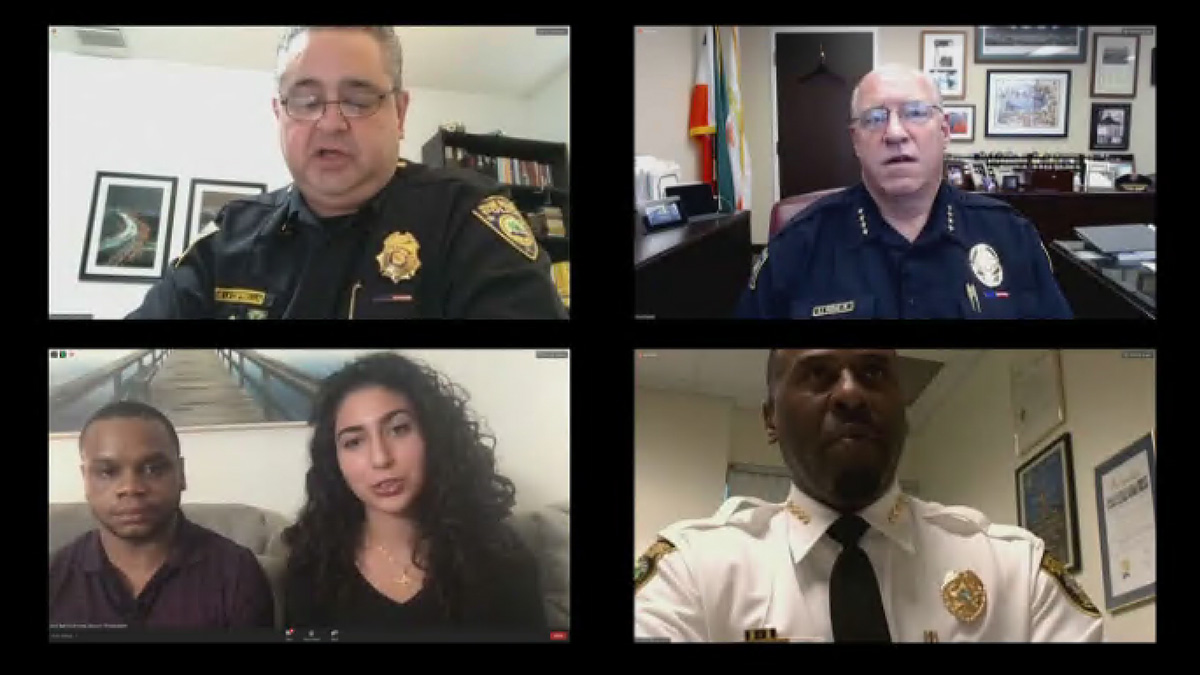 A virtual meeting between police chiefs from across Miami-Dade County and leaders of the group Protests Miami took place Friday afternoon with the goal of coming up with solutions to prevent the county from becoming the next Minneapolis.

“I understand the gravity of what we’re facing as a country,” said Coral Gables Police Chief Ed Hudak during the meeting. “I stand confidently with my fellow chiefs in listening and addressing your concerns.”

The Zoom meeting was a follow up to the peaceful protest that had taken place Saturday afternoon outside City Hall. Police took a knee in solidarity with protestors marching over the death of George Floyd.

At the meeting Friday, organizers with the group Protests Miami spoke about racial disparities regarding arrests and incarceration rates in Miami-Dade County.

They included a presentation which laid out a list of demands for a county-wide civilian oversight board, quarterly training on implicit bias, diversity in hiring, and mental health screenings for officers.

“They need to see us as people and not threats, and not perceive people as armed when they’re not,” said Ahzin Bahraini, one of the organizers.

Police say their main goal was to listen and make changes to bridge the gap.

“I think the movement upon is overdue personally,” Hudak said.