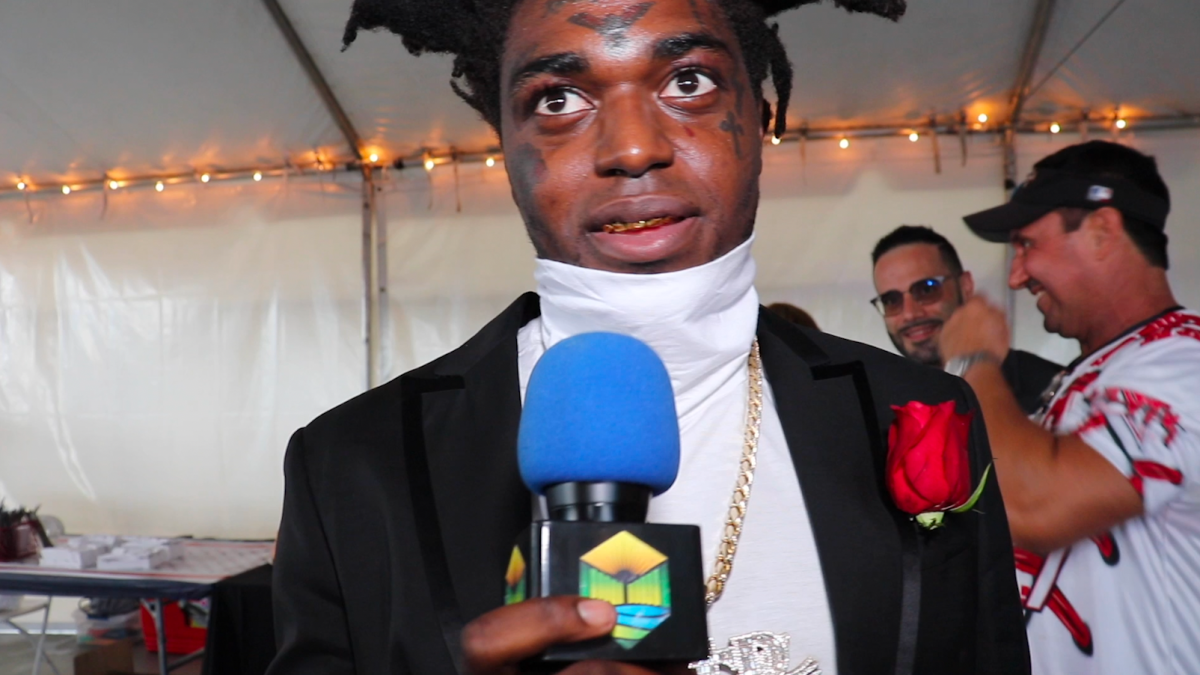 Rapper Kodak Black was recognized by the City of Margate Saturday for his donation of $20,000 to the daughter of a South Florida police officer who died from complications related to COVID-19.

The announcement was made during the grand opening of the city’s new sporting complex, located at 1695 Banks Road. The $20,000 donation will go toward the child’s college fund, a city official announced at the event.

“Some of you may know him as a celebrity, but this is an act of charity,” said board member Arlene R. Schwartz.

TMZ reported that Black was moved by the story of Fort Lauderdale Police Officer Jennifer Sepot, who died after a battle with COVID-19. The publication reported that Black dealt with his own fight against COVID-19 and wanted to give back to the community.

Schwartz presented Black with a certificate of recognition for his act of service.

“On behalf of the city, I have a certificate of recognition to Kodak Black as a thank you for the wonderful action you took to help a child who’s just lost a parent have a college fund and a secure future,” she said.

Black also donated money to the children of two FBI agents who were killed in Sunrise, officials said.

Black thanked the City of Margate during the event, expressing his love for the city.

“You know at the end of the day, we’re all we got,” he said. “This ain’t nothing to do with politics, or white, Black, rich or poor. It’s up to us to help each other in the best way we can.”

The ceremony took place at the Margate Sports Complex, which opened over the weekend. The complex features youth league baseball fields, a covered playground, exercise stations and more.