The flight into Nassau on Sunday betrays a growing humanitarian crisis that is unfolding in the Bahamas — the crystal blue waters off the capital gives way to a city dealing with an influx of people.

Right off the plane, there is a sense of the anxiety — there’s a great deal of help of trying to get into the country, and a great number of people trying to get out after Hurricane Dorian.

“The resiliency of the Bahamian people, how they are standing strong even though they are displaced. And all of these people are displaced,” Congresswoman Frederica Wilson said.

The government’s minister of national security told NBC 6 on Sunday that there are islands around Abaco rescue teams have yet to reach. 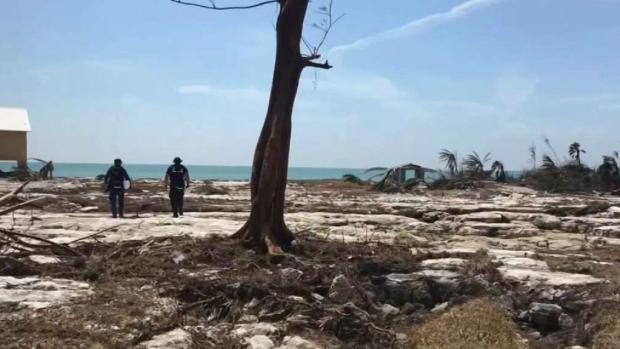 Aerial footage of parts of the island show nothing is left after a Category 5 Dorian struck a week ago. There is zero hope of finding anyone trapped alive, so the attention has shifted to getting survivors out.

“We have a host of volunteers from through this country and that speaks to the generosity of our people as well as our neighbors,” said Marvin Dames, Minister of National Security.

Some of that generosity came from South Florida. A search and rescue team from Miami Fire spent Sunday clearing a road and rescuing four people in Grand Bahama. Photos showed them going door-to-door with food and water.

Shereen Davis and her husband lost their home in Marsh Harbour and fear their friends are dead. The storm sat over them for hours, ripping off a part of the roof, while their two children were sheltered in a flooded living room. The couple is trying to find a way to pay for a flight to stay with relatives in South Florida.

“I’m just shaken up and frustrated. It’s a lot,” Davis said. “The frustration of knowing you don’t have any food, clothes, no where to sleep. It’s rough.”