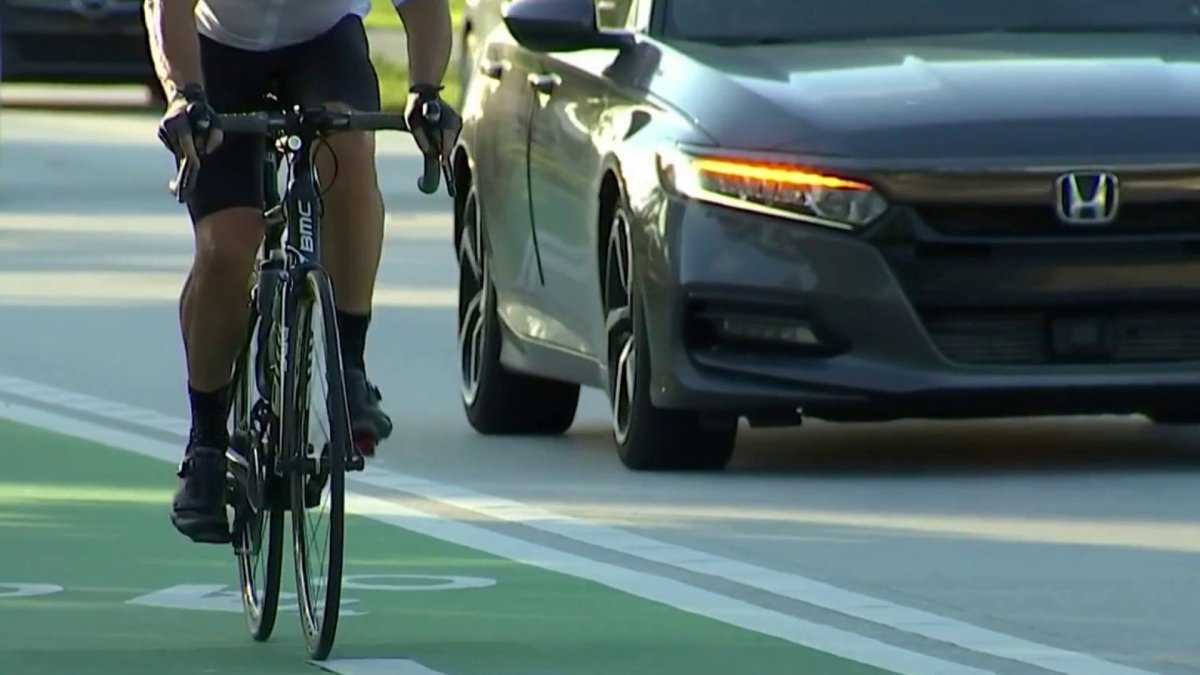 The conversation about cyclist safety has been a top priority for many after the deaths of two cyclists on the Rickenbacker Causeway about two weeks ago.

It’s a broad topic and covers an array of different issues that both cyclists and drivers say need to be addressed to improve safety on the road for everyone.

The cell phone video is from February of this year. It shows an outraged driver honking loudly at a cyclist in the roadway. The driver can be seen driving directly into the bicycle lane.

“She was just riding for leisure by herself, and I was terrified that she was going to get hit by this woman for no reason,” said Kate, who asked us not to use her last name. She took the cellphone video. “I just took my phone out to try and get her license plate.”

The Mayor of Key Biscayne confirmed that the police are looking into the incident.

She says she’s been on edge lately, especially after those two cyclists were killed.

“Especially lately, I have anxiety about it. I go to ride my bike, (looks over her shoulder) like, is somebody coming? Just watch out for me.”

Since the deadly crash, there have been some immediate changes on the Rickenbacker. There are orange cones along the bike lanes, more enforcement efforts and a new 35 mph speed limit.

“I don’t believe that’s the way to solve things,” said Davey. “The issues we’ve had, the tragedies we’ve had have not been caused by speed. They’ve had other causes.”

The mayor offered his vision of a long-term solution.

“We’ve got to get a separation between cars and bicycles,” he said.

He says the village has been in communication with the mayor of Miami-Dade County and the City of Miami.

For the residents of Key Biscayne, he says, there’s another problem that needs to be addressed.

“There’s a frustration on the Key that the efforts have not been there with regard, specifically the ‘pelotons.’ That’s been the biggest frustration,” said the Mayor.

Someone shared a video on Instagram showing a pack of cyclists (often called “pelotons”) riding along the Causeway. Some of them are seen cutting over into the far left lane of traffic. Drivers commented online about the dangers they say this creates.

Eli Stiers is a local attorney and on the board of the Florida Bicycle Association.

He says cyclists and bicyclists do have the right to be in the roadway.

He said the Instagram video was taken at a tricky spot, but says some of the cyclists were clearly in the wrong.

“To folks traveling in the far left lane of vehicular traffic, there’s just no excuse for that,” Stiers said.

He says there is a “discrepancy of power” on the road, and a car driving into the bike lane can be deadly for a cyclist.