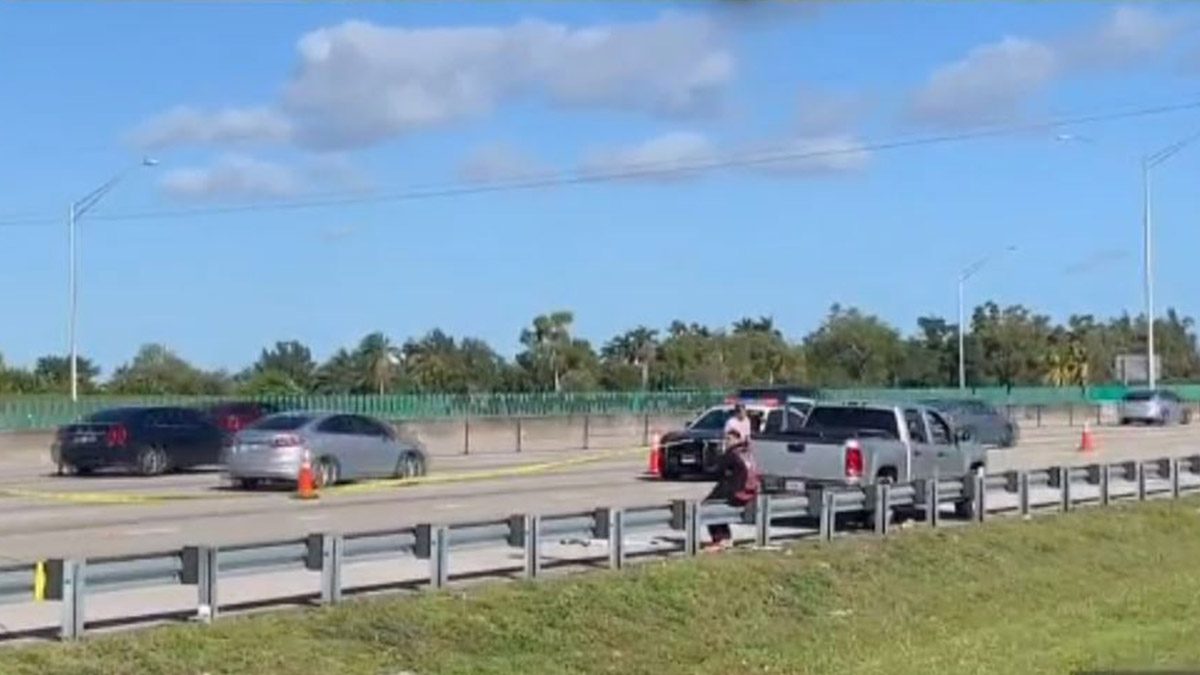 The Hollywood Police Department responded to a shooting incident on the northbound lanes of Interstate-95 Sunday morning that left one man injured with several gunshot wounds.

The incident took place just south of Hollywood Boulevard. Authorities said passengers in a white Dodge Ram began shooting at a man driving a silver GMC truck from behind.

The Ram eventually caught up to the left side of the GMC, continuing to shoot at the driver and the car. The two vehicles collided before the Ram sped off northbound on the interstate.

The GMC veered to the right and hit a silver Honda, which subsequently pulled over on the right shoulder of I-95. The GMC pulled over as well, colliding with the guardrail ahead of the Honda.

The driver who received multiple gunshot wounds was taken to Hollywood Memorial Hospital, where he is in stable condition. Two northbound lanes were blocked off while authorities investigated the scene.

The case was taken up by the Bureau of Crime Investigations and Intelligence.

This is a developing story. Check back for more updates.