Fort Lauderdale’s city council is voting Tuesday on proposals from two soccer groups vying for the use of Lockhart Stadium.

City commissioners are deciding between proposals from David Beckham and Jorge Mas’ Inter Miami and John Paul Reynal’s FXE Futbol. Commissioners may also decide to turn down both proposals.

Beckham and Mas want to spend about $60 million to tear down the current stadium and build a brand-new, 18,000-seat stadium, training facility and fields for the public. Inter Miami would play its first two seasons there until its proposed Freedom Park in Miami opens.

“We need somewhere to play for the next two years and we’ve tried to make it work and this is where we’re at and this is where we feel that the heart and soul of the organization will be,” Beckham told reporters when he toured the site last Thursday. 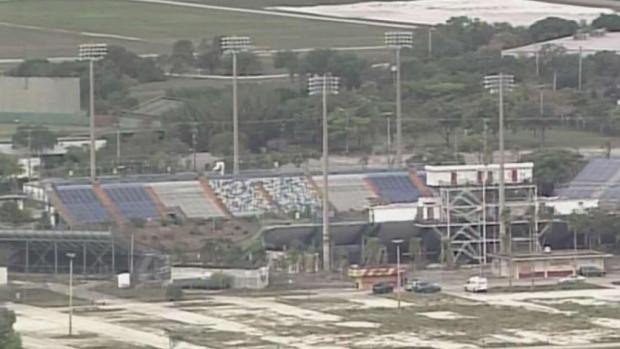 FXE Futbol plans to renovate the stadium, the former home of the Fort Lauderdale Strikers, and create a sports entertainment complex and fields for community and professional use.

“We’ve been at this project for the last two years, and we’ve been preparing to submit to the city and we were way ahead of them by the time they decided to submit their hat into the race,” Reynal said Monday.

The current Lockhart Stadium opened in 1959 and was the home of more than a half-dozen soccer teams, including the North American Soccer League’s Fort Lauderdale Strikers from 1977-83 and MLS’s Miami Fusion from its launch in 1998 until the team was eliminated by the league after the 2001 season.