While cities across the Northeast and Mid-Atlantic regions are dealing with heavy snow and strong winds, South Florida is feeling the effects as flights to both major airports are being cancelled by the dozens.

As of 4 p.m. Tuesday, Miami International Airport has seen 107 flights, both arriving and departing, be cancelled to cities such as New York City, Washington, D.C., Boston and more.

For Giannie Guerre, getting to New York from Belize has been an absolute headache.

“My flight has been cancelled since yesterday,” she said at MIA Tuesday. “Right now we have to sleep right here.”

Flight Delays Continue Across South Florida Due to Storms 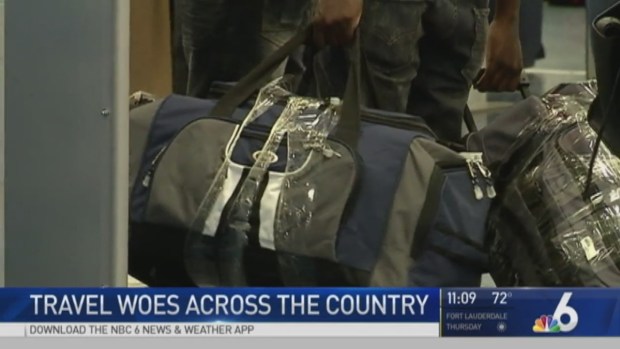 At Fort Lauderdale-Hollywood International Airport, the number jumped to 177 cancellations to go along with 72 delays.

Travelers and those awaiting people from the area are advised to check their flight status often over the next few days as more cancellations are expected.