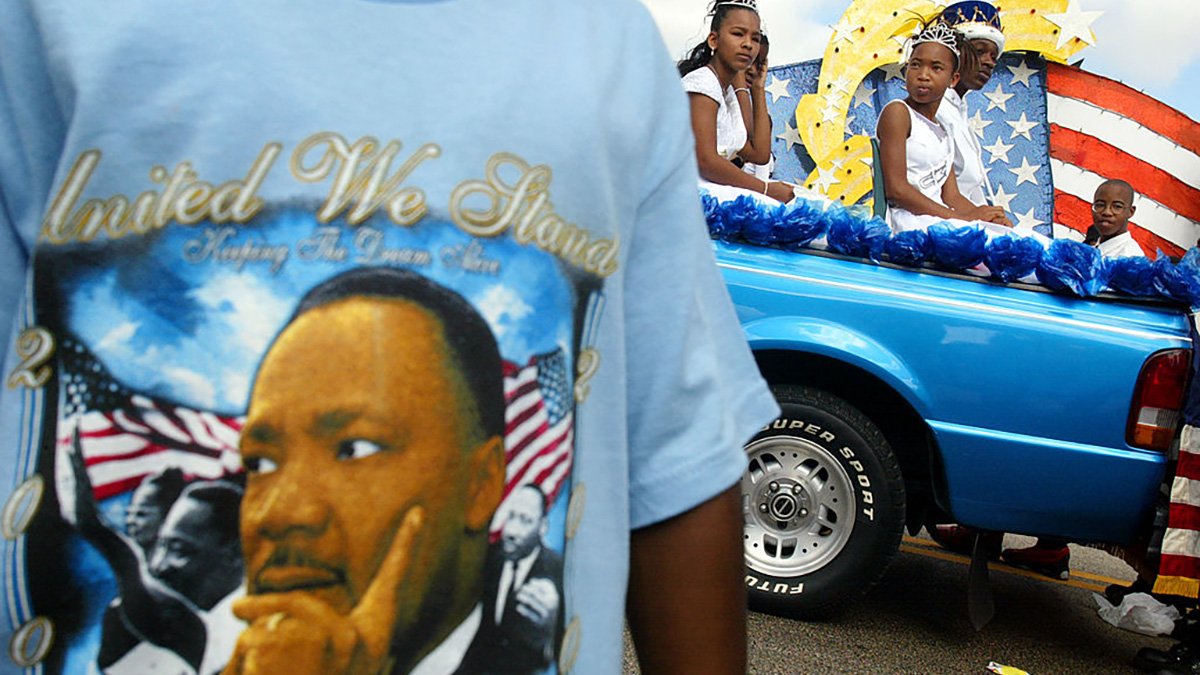 The second annual 1South-Dade MLK Unity Bike Ride and Day of Service will take place starting at 7 a.m. at the Naranja Park, located at 14150 SW 264th Street. County commissioner Kionne McGhee is among those expected to take part.

A parade will also take place in the city of Pompano Beach, starting at 9 a.m. at Blanche Ely High School and ending with a celebration at Mitchell Moore Park, located at 901 Northwest 10th Street, at 11:30 a.m.

Last Friday, Gwen Cherry Park hosted a collaborative effort between Miami-Dade parks, Feeding South Florida, and the Miami Marlins Foundation to help those in the area. The partnership produced around 500 boxes filled with fresh produce and food for those who need it to pick up in a drive-thru event.

“It helps the community out when we’re trying to make ends meet,” said Bridgette King, who received a box. She lives in Liberty City. “We’re just getting back to work and school in Miami-Dade County so I think it’s a good event to help the community.”

Organizers say events like this go hand in hand with what King worked to accomplish – equality regardless of the color of someone’s skin.

An event with the theme of disrupting inequity was also hosted at Florida International University. For more than three decades, an annual breakfast brings people from the university and community together to celebrate the civil rights pioneer’s mission.

People say this event embodies what King fought to accomplish.

“Thank God for Dr. King,” said Jeannette Walker, who received a food bag from the event. “All the things that he did, all those things are still living on. You all give the community hope.”