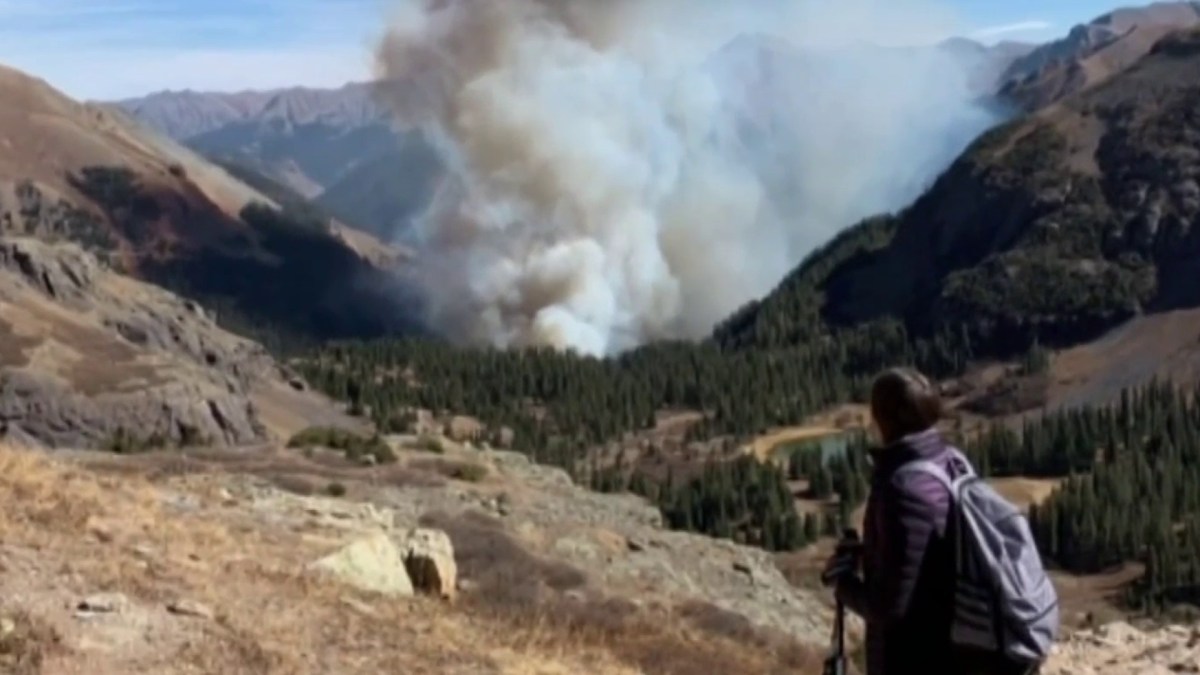 Amid the worst wildfire season in decades, a South Florida couple was trapped by a forest fire on a Colorado mountainside.

It happened Monday near Silverton in the southwest part of the state. A group of 18 hikers were on the popular Ice Lake trail in the San Juan Mountains. When the hikers reached the end of the trail, they were enjoying the spectacular vista of Ice Lake and the surrounding peaks when they noticed smoke rising from below.

The trail they had just hiked, along with a road, was blocked by rapidly growing fire which covered more than 300 acres in the blink of an eye.

“I was so scared, I was definitely following the fires in Colorado coming on this trip,” said Danna Metz, one of the stranded hikers. “We know how quickly they just happen and for it to happen to us, it was so scary.”

“Looking in the distance, you could see the road, but what happened was the wind was blowing towards the road so the fire overtook the escape route,” said Alexei Segall, who was hiking with Metz.

Segall and Metz chose the strenuous hike because it’s one of the most scenic in Colorado, and ironically, because it’s far away from the huge wildfire currently raging in the northern part of the state.

They never expected they would require a helicopter rescue. We interviewed them via FaceTime.

“You know, sort of in a life or death situation, we didn’t think we were gonna be in that day,” Segall said.

“It was a beautiful sight, great experience, but we were so thankful for our rescuers,” Metz added.

The couple said when they were hiking up the mountain to the lake, there was no sign of fire whatsoever.

“No fire at all, absolutely nothing. We hiked, got up to the mountain probably around 11:30, noon, and we did not see any smoke, any fire,” Metz said. “I could not believe it. I’m still curious what started it. From when we first saw, the smoke it was minimal and within 30 minutes the whole mountain was up in smoke and we could clearly see the flames from the helicopter.”

“The forest has been dry, global warming isn’t helping with that,” Segall said. “Looking back on it we’re obviously so lucky to be alive and thankful for everyone who’s helped us get out of there.”

When the group realized the fire had blocked their way down the mountain, one of the hikers used a satellite phone to call for help. The 911 operator suggested they hike 10 miles through the wilderness to the nearest town, even though there are no marked trails to guide them and they would have to maneuver in the dark.

Then the helicopter showed up.

“Oh, I was ecstatic,” Metz said, describing what she felt when she realized first responders had arrived to evacuate them. “Very thankful for the people that were with us, made us feel a little more comfortable and huge shoutout to the responders, I mean they were so helpful, so comforting.”

Metz and Segall are still in Colorado. They went there to celebrate and de-stress after Segall took the bar exam, so one brush with a wildfire won’t dissuade them from bonding with nature.