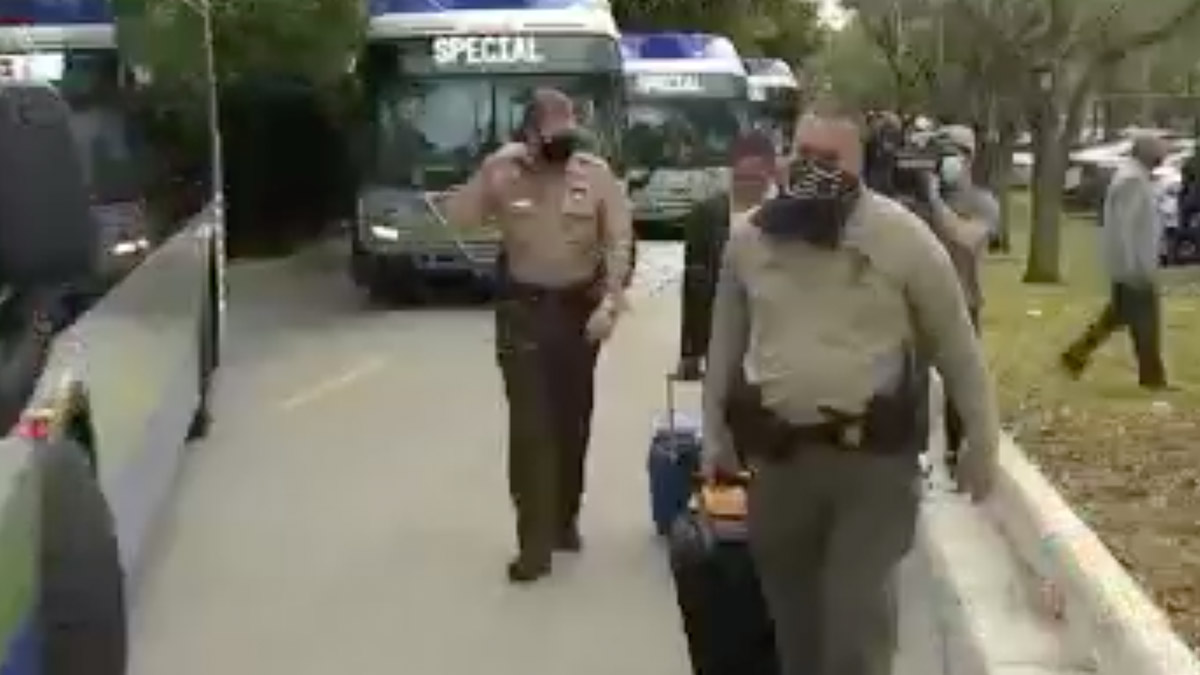 On Sunday morning, 45 officers from Miami-Dade County packed up to travel to Washington D.C. to help police and secure the inauguration of President-elect Joe Biden.

Thousands of police and national guard members will be posted throughout the nation’s capital, weeks after a mob encouraged by outgoing President Donald Trump attacked the United States Capitol while lawmakers were in an early January session.

This will be the fourth inauguration Miami-Dade County’s “Rapid Deployment Force” has participated in. The special unit is trained to handle large crowds and unruly protests.

“It’s a complete honor that every election cycle the Miami-Dade police department is called upon.”

All over Washington D.C. Sunday night, troops were positioned in key intersections, what’s known as the the “Green zone”: a pedestrian-only area laden with checkpoints.

The Secret Service is in charge of the inaugural events. By Wednesday, 25,000 National Guard troops are expected to be in D.C.

Earlier Sunday, armed protests advertised online by far-right extremists never materialized in D.C. or in Tallahassee, where state officials were prepared for any threats.

“Obviously D.C. is on a higher level of readiness already,” he told NBC 6. “I’m not worried about the National Capital Region Joint Task Force being able to secure the capitol. You’re not going to be able to move in Washington D.C. on Monday and Tuesday without bumping into somebody.”

Crowther noted that all the public displays of force are only one aspect of the government’s counter-terrorism operation. What the public can’t see is the intelligence and cyber work, as experts monitor extremist and far-right chat rooms and conversations on social media.

One concern Crowther did say he had was that protesters would assemble at other media centers, government buildings or state capitals across the country now that there was such a threatening show of government strength in D.C.