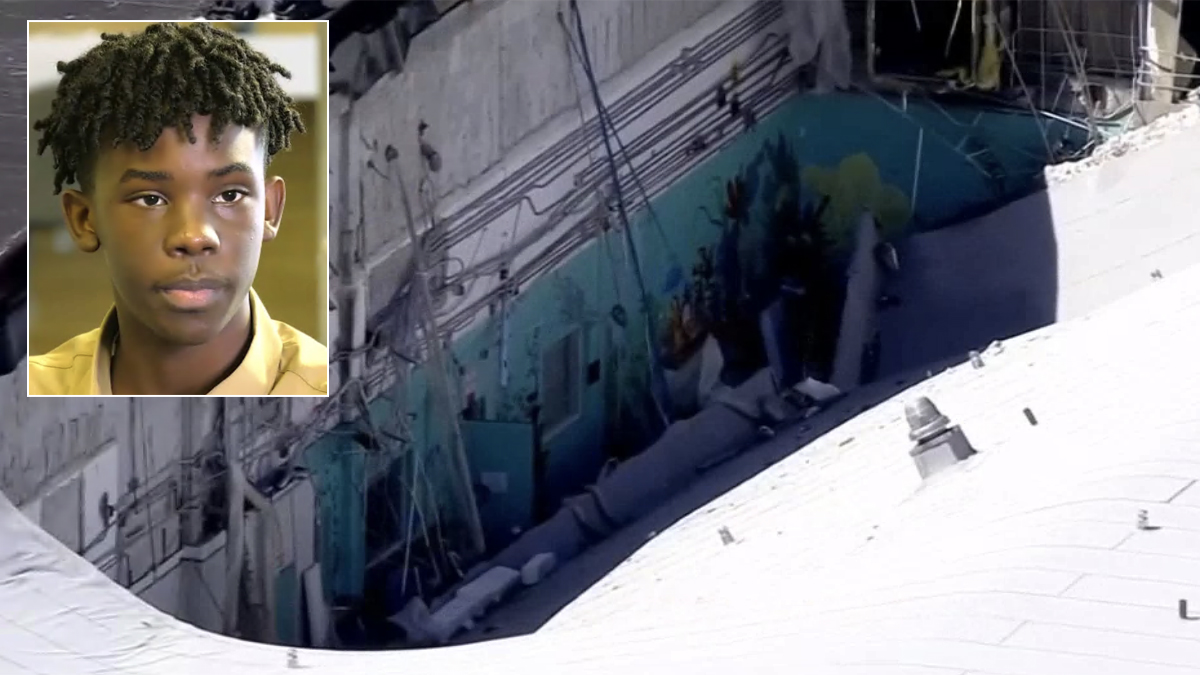 A South Florida student who said he was injured and traumatized after a partial roof collapse at his middle school may be taking legal action, his attorney said.

Matthew Moton said he was in the building at Rickards Middle School in Oakland Park back on March 5 when a section of the roof came tumbling down.

“I had my hands like this and when I opened my eyes a bunch of debris fell in my eyes so I really couldn’t see at first,” Moton said in an exclusive interview with NBC 6. “We heard a big boom. We ignored it but were still wondering what it was and then maybe a minute or two after there was another one. And the teacher, she thought it wasn’t safe on our side.”

Moton said he was in class near where construction was taking place at the school.

Students at Rickards Middle School will be starting their year off under some unusual circumstances after a partial roof collapse back in March. NBC 6’s Steve Litz reports.

“Then there’s a third bang. Right when that happened the lights cut off and the for like a split second I seen the roof fall and then I just put my hands over my head,” Moton said. “I was trying to get my head right cause all I am thinking about is a ceiling just hit me in the head, and I don’t know what happened and half of my classroom is on the floor. So, then I hear my classmates screaming. They’re under all the debris.”

His attorney, Nick LaRoche, is putting Broward Schools on notice, saying they plan to go to court to hold the school system accountable for what happened to Moton and potentially other students. They want to board to pay for his medical treatments and psychological counseling he continues to go to after the trauma.

“Sometimes he complains that ‘my neck and my back is still killing me,'” mother Victoria Julmisse said. “He calls me yelling and he says that the school roof has just caved. Why would you have construction going on, structurally, with kids in the school? He’s telling me they had to crawl through dark spaces and water is coming in at the same time.”

LaRoche sent the school board notification they will sue in six months if there’s no resolution to their claims.

“They should have had procedures and protocols in place to prevent injuries such as the one Matthew has sustained. We’re demanding that Broward County School Board take accountability and take responsibility for Matthew’s injuries. Not only is he injured physically but the emotional component with it,” LaRoche said.

LaRoche said that other students too are also in Moton’s shoes.
The students are all going to class other places now and the construction continues.