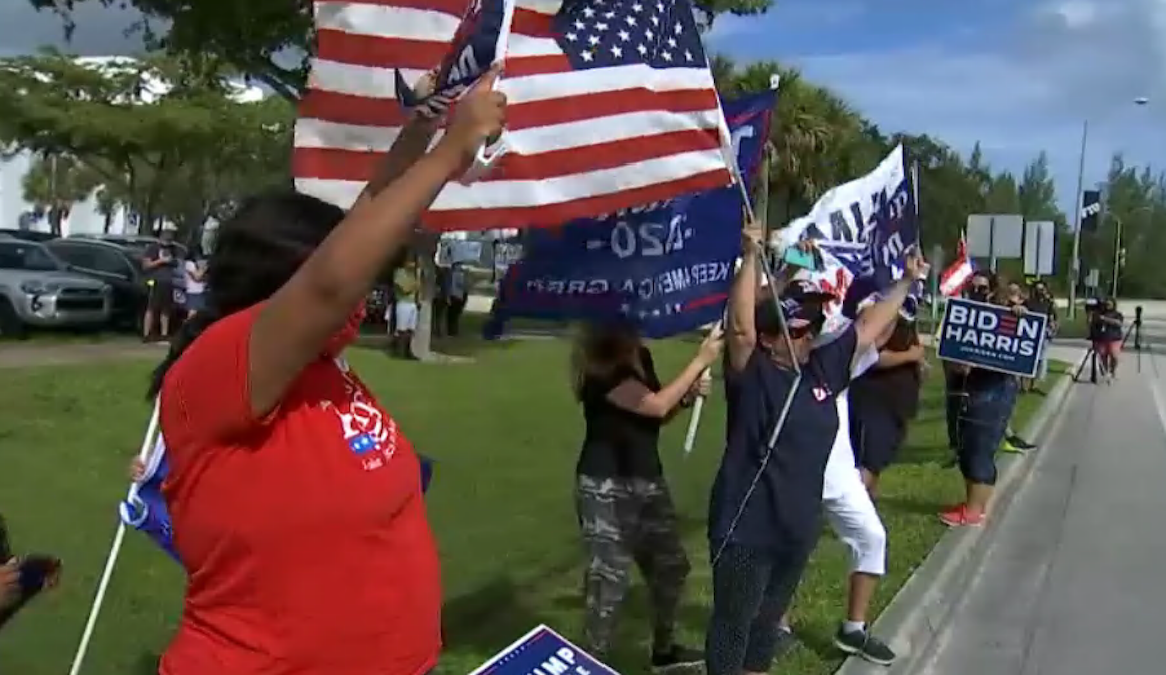 The supporters gathered a few blocks from the event, waving their flags, chanting “four more years.”

Rebecca Pratt, a Black Trump supporter, hopes he gets re-elected.

“There are a lot of closeted, Black Trump supporters,” she said. “I voted for Trump in 2016 so I’ve been on the train for a minute, but my family we just researched.”

Pratt brought her family out with her. She fights the idea that some Biden supporters have that Trump is racist.

“Don’t tell me you’re not voting for Trump because he’s racist, because Biden is racist,” Pratt said. “I get fired up about that one because there’s no research, we don’t read anything, you just listen, you hear rumors and say oh he’s racist. How do you know? Prove it.”

A caravan of about 60 cars drove by, pumping up the crowd.

“Unfortunately, Biden supporters they are not as motivated,” said Marcia Canal, a Trump supporter. “They’re not excited as we are and I don’t blame them because their candidates, both of them, are pretty sad.”