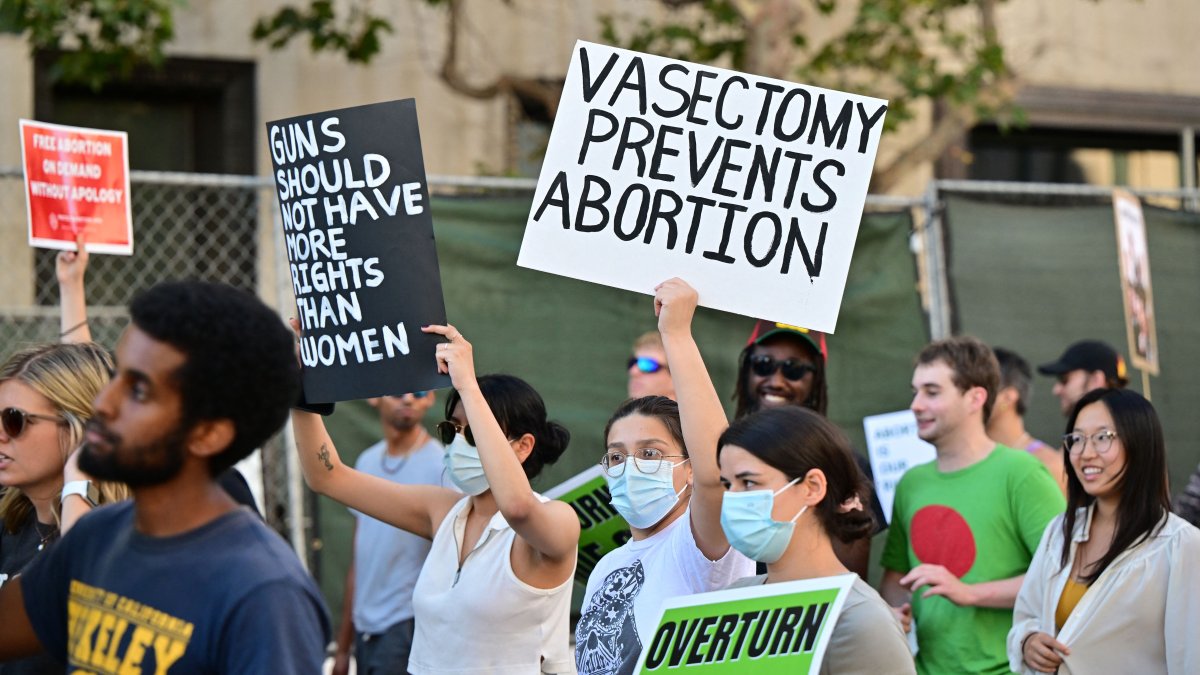 After the overturning of Roe v. Wade ended the constitutional right to an abortion, many have offered an unconventional solution to temporarily preventing pregnancy: vasectomies.

While the idea has jumped off of the web and into urologists’ offices across the nation, one South Florida doctor discourages young men from rushing to receive a vasectomy if they still hope to have children in the future.

Following the Supreme Court decision, social media experienced an influx of outspoken abortion rights advocates who have suggested that men get vasectomies as a form of contraception.

“I call for our male allies to get vasectomies,” one Twitter user said. “Instead of all these people rushing for hormonal birth control that can be exceedingly dangerous to their minds and bodies, how about people go get a totally reversible vasectomy procedure?”

While this may seem like an extreme measure to some, many have expressed their plan to utilize the procedure to prevent an unwanted pregnancy with the intention of future reversal.

“We’re not ready for kids, and birth control did too much damage to my hormones, so naturally my boyfriend offered the proposal of getting a vasectomy, something we’re both comfortable with until WE ARE ready for kids,” one Twitter user said.

In the medical opinion of South Florida Urology Center’s Dr. Maury Jayson, however, urologists performing vasectomies on those intending to reverse are not being “completely open.”

Instead, he promotes a different message to the widespread “misconception” about vasectomies: reversal is not as simple as many seem to believe.

“Vasectomy is designed for one thing, and that is to be permanent,” he said. “We encourage people to really think long and hard, and recognize that although there is such thing as a reversal, they’re not always guaranteed.”

While reversals are medically possible, they drastically decrease the likelihood of pregnancy to 55-60% “at best.” This, he says, is reason enough for any man still considering having children to hold off on getting a vasectomy.

In addition, vasectomy reversals are often extremely costly as they are not commonly covered by insurance companies.

While Dr. Jayson empathizes with the fear and desperation born from the Roe v. Wade overturning, he urges both men and women to educate themselves on “the shared responsibility” of contraception.

“There are lots of temporary methods out there,” Dr. Jayson said. “Some couples will use condoms for the men and birth control pills for the women so that they both have some measures of comfort and security.”

Though he may not agree that temporary vasectomies are the solution, Dr. Jayson does agree with the problem many have with the Roe v. Wade overturn: “women are the most vulnerable.”

In response, Dr. Jayson encourages men to step up to the plate and take an active role in contraception, thus lifting some of this weight off of women’s shoulders.

“It’s easy to say men [have to] do something,” Dr. Jayson said. “To me, the message for men is to wear a condom, be responsible, and participate in avoiding unwanted pregnancies. It’s not just a woman’s responsibility.”