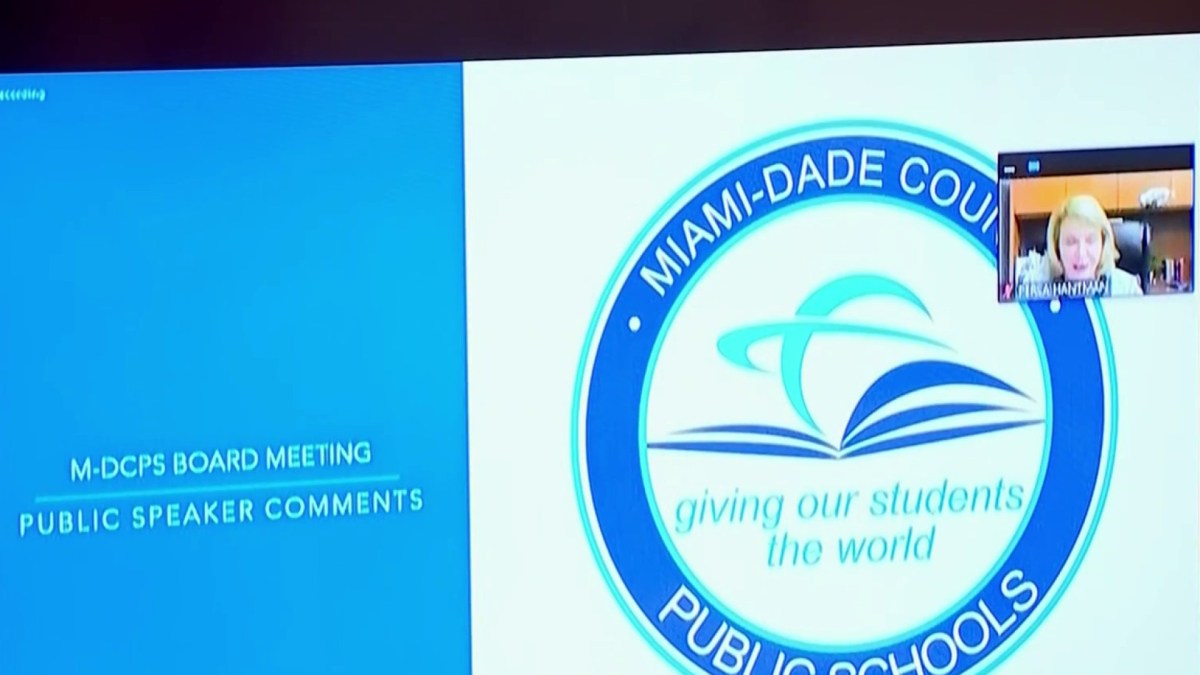 The first Miami-Dade County School Board meeting since the start of the school year is, as you would expect, dominated by complaints about the district’s new distance learning platform, My School Online.

The virtual board meeting started at 1 p.m. Wednesday and was still going on as of 7 p.m. The meeting is expected to stretch late into the night.

Four board members have introduced items highly critical of My School Online, which is provided by a company called K12. However, the board members have not had a chance to level their complaints in the meeting, nor has Superintendent Alberto Carvalho had an opportunity to speak because the time has been dominated by the comments of more than 300 public speakers, mostly parents and teachers.

Their comments are being played as voicemails or being read into the record and they are uniformly critical of K12. The speakers have trashed the platform as “trash,” a “disaster,” and one mother even told the board that “this is your Hurricane Katrina and you should be ashamed of yourselves.”

We’ve been speaking to teachers and parents since school started to gain perspective on the issues.

Justin Romanelli teaches fifth grade at Virginia Boone-Highland Oaks Elementary School. He is representative of most of the district’s teachers when he describes the first seven days of school using My School Online.

“It was an unmitigated disaster, we had major connection issues, for various reasons which I’m sure everyone saw on the news, this week has seemed to have been better,” Romanelli said, referring to the software problem and hack attempts which plagued the system last week.

“I’m very sad and frustrated, I’m very sad for our community because the pain that I hear from our teachers who want to do the best they can and can’t get there,” said school board member Dr. Marta Perez.

She spoke to us via Zoom Wednesday before the board’s virtual meeting.

“My message is, let’s solve problems, we have plenty of time to think about blame and who did what,” Perez said.

Perez said she spoke personally to the CEO of K12, who also sent a letter to the board members today.

CEO Nate Davis wrote, in part, “K12 wants to express our regret for the series of events that caused Miami-Dade county Public School students, families, teachers, and administrators to have a difficult start to the school year … the K12 team has worked around the clock in concert with the Miami-Dade team to address our issues.”

Perez has introduced a resolution to dump the K12 platform altogether, even as the bugs are being worked out.

“For the most part, though, the K12 system itself seems to be working, the biggest problem we’re having is with the Newrow portion of the K12 system,” Romanelli said.

Newrow is My School Online’s video conferencing tool. Many speakers at today’s meeting bashed Newrow as being unreliable.

Carvalho will make a major announcement about the district’s relationship with K12, including, potentially, deals with the company to defray cost. That announcement of a plan to move forward is supposed to happen at Wednesday’s meeting.