Officials from Spirit Airlines have extended an agreement with the union representing pilots who work for them to temporarily prevent further delays and cancellations – days after such issues caused arrest and chaos at Fort Lauderdale / Hollywood International Airport.

The airline released a statement saying that a temporary restraining order issued in U.S. District Court had been extended with the Air Line Pilots Association, directing pilots to resume normal operations while both sides continue permanent contract negotiations. 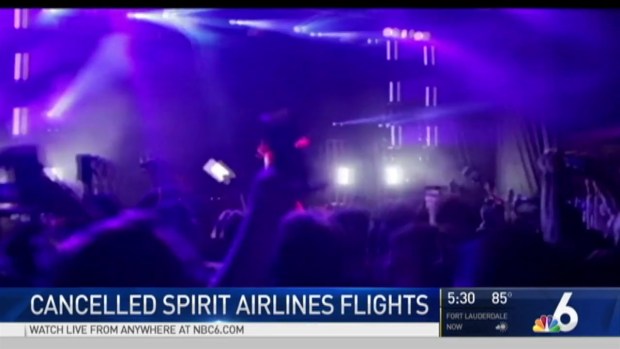 “On behalf of our customers and fellow Spirit team members, we really appreciate the effort of our pilots who are taking on open flying to restore the operation,” said John Bendoraitis, Spirit Airlines’ Chief Operating Officer.

The news comes just days after flight cancellations caused problems at airports across the country – including three people being arrested Monday night in Fort Lauderdale following a verbal altercation with Spirit employees that was recorded by other passengers and went viral.