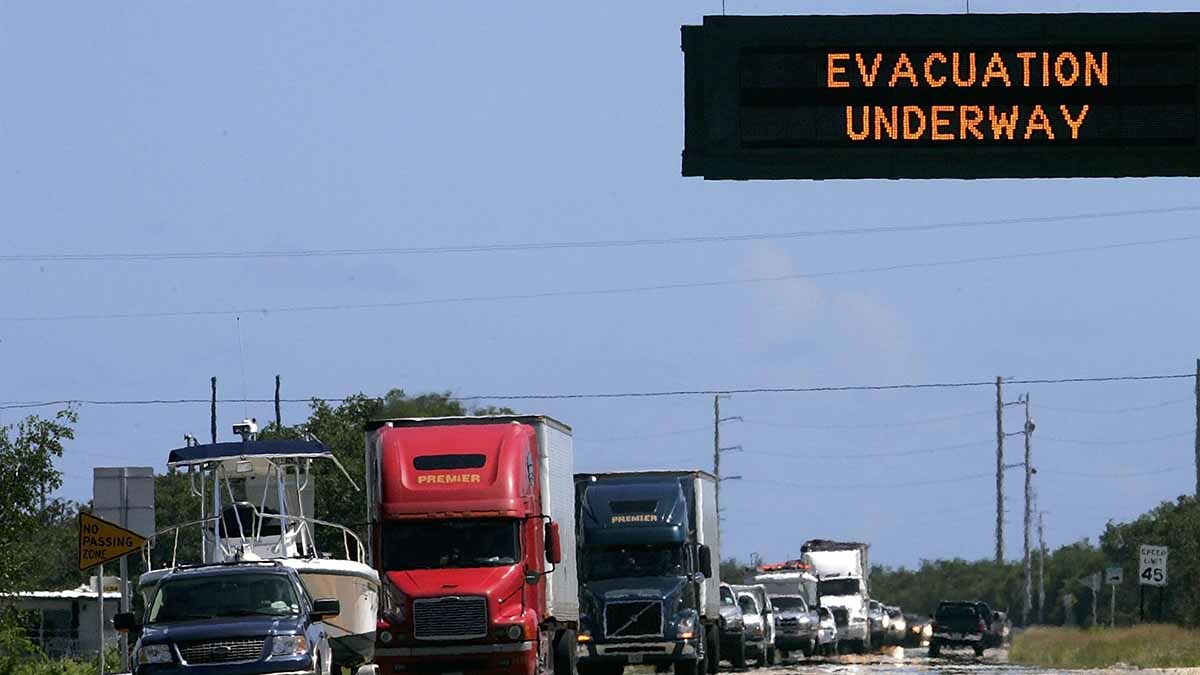 Officials in the Florida Keys declared a local state of emergency Friday and issued a mandatory evacuation order for anyone living in boats, mobile homes and in recreational vehicles and campers to evacuate as newly formed Tropical Storm Laura continued moving toward the island chain.

Tourists who are staying in hotels in the Florida Keys should be aware of hazardous weather conditions and consider altering their plans starting on Sunday, Monroe County officials said in a news release.

The order also says all recreational vehicles must be removed from the county by noon Sunday.

“Residents should continue to monitor the storm and be prepared for Category 1 hurricane winds and strong squalls,” said Shannon Wiener, Monroe County Emergency Management Director. “Please secure all boats and outside items over the weekend for this event.”

The tropical storm was centered about 40 miles (65 kilometers) east of Antigua on Friday evening, with maximum sustained winds of 45 mph (75 kph). It was heading west at 17 mph (28 kph), according to the U.S. National Hurricane Center.

Laura was expected to dump rain over Puerto Rico and the Virgin Islands, the Dominican Republic, the southern Haitian peninsula and eastern Cuba through Sunday.

The National Weather Service said there is high uncertainty regarding storm surge and rainfall potential. But on its current track, there is confidence the Florida Keys will be affected, with tropical storm force winds likely by Monday morning, before the storm moves into the Gulf of Mexico.

The county’s emergency management officials and the Florida Department of Health will be reaching out to the special needs population for possible sheltering and transportation needs. Government offices in Monroe County will be closed Monday, but airports will continue with normal operations until Sunday. At that point protective measures may be enacted, officials said.

Hospitals in the Keys plan to remain open but may reschedule elective procedures, officials said.

Gov. Ron DeSantis sent a letter to President Donald Trump on Friday requesting that he declare a pre-landfall emergency for Florida in more than 30 counties.