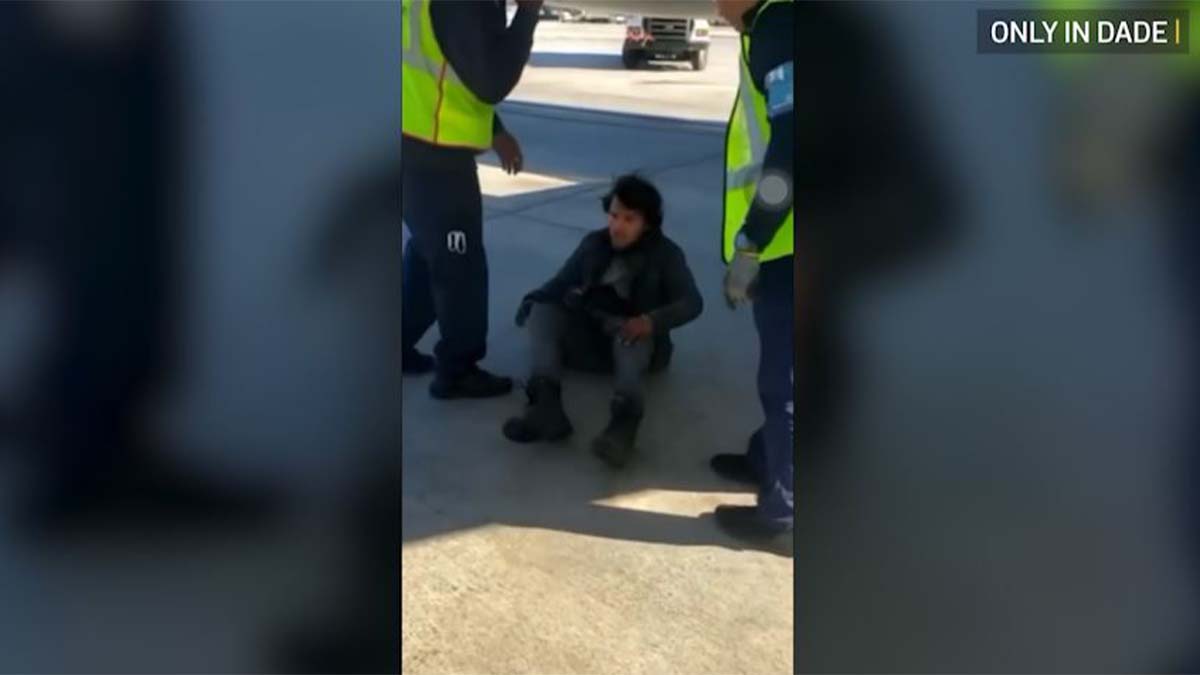 Video from Only in Dade shows the man sitting on the ground as airport personnel tried to aid him and give him water.

The man survived the trip, a flight of about two hours and thirty minutes, and witnesses said he was unharmed.

“The individual was evaluated by Emergency Medical Services and taken to a Hospital for medical assessment,” a spokesperson for U.S. Customs and Border Protection said in a statement. “Persons are taking extreme risks when they try to conceal themselves in confined spaces such as an aircraft.”

NBC 6 investigator and pilot, Willard Shepard, says that based on the flight data, the temperature in the gear well dropped by about 100 degrees.

“So this person was in there a time period probably about two hours, where they were subjected to subzero temperatures,” Shepard said.

Beyond freezing temperatures, former American Airlines pilot Wayne Ziskal, who says he once had a stowaway on one of his flights, says stowing away is dangerous.

“People lose consciousness because of lack of oxygen or hypothermia or any of those things, and when the gear comes back down, they fall out, they’re not wedged in properly, or don’t hold on to something properly, and they call out of the airplane to their death usually, it’s a very tragic thing.”

Immigration attorney Angel Leal said the man will now be detained by authorities.

“He’ll be detained by the Department of Homeland Security, Customs and Border Protection,” Leal said.

Leal also says the man may be facing an expedited order of removal.

“And then at that point, if he’s in fact a person who’s trying to flee persecution and who wants to request asylum,” Leal said. “He’ll be afforded the opportunity for a credible fear interview before an asylum officer, but more than likely he’ll be detained during that process.”

This is a developing story. Please check back for updates.