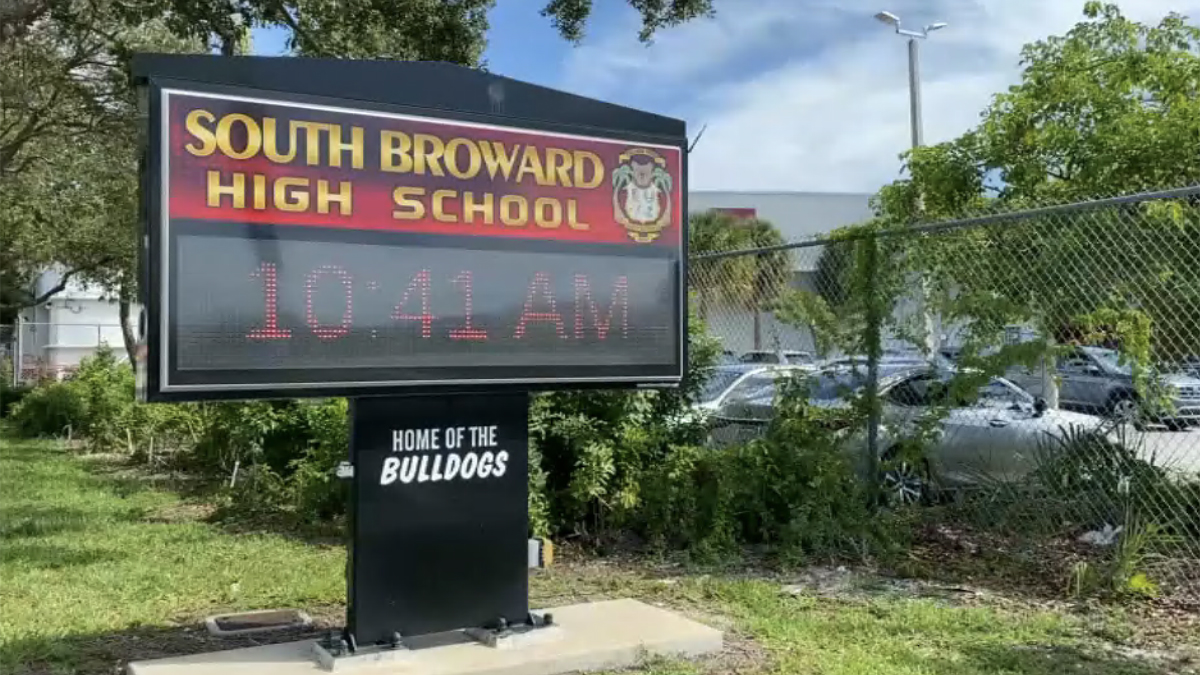 A student has been arrested after he allegedly threatened a shooting at South Broward High School in social media posts.

The student appeared in juvenile court Monday to face a charge of written threat to kill or shoot up a school. A judge gave him 21 days of detention and ordered him to stay off social media.

Officials at the Hollywood school said numerous students made them aware of the threats, which had been circulating on social media.

A message was sent to parents Sunday night informing them of the threats.

“Please know the situation is secure by Hollywood Police and it is safe to return to school tomorrow,” the message read, in part. “Thank you to the large number of students, parents and staff members that followed the policy of ‘See Something, Say Something’ for SBHS and Hollywood Police to respond so quickly.”