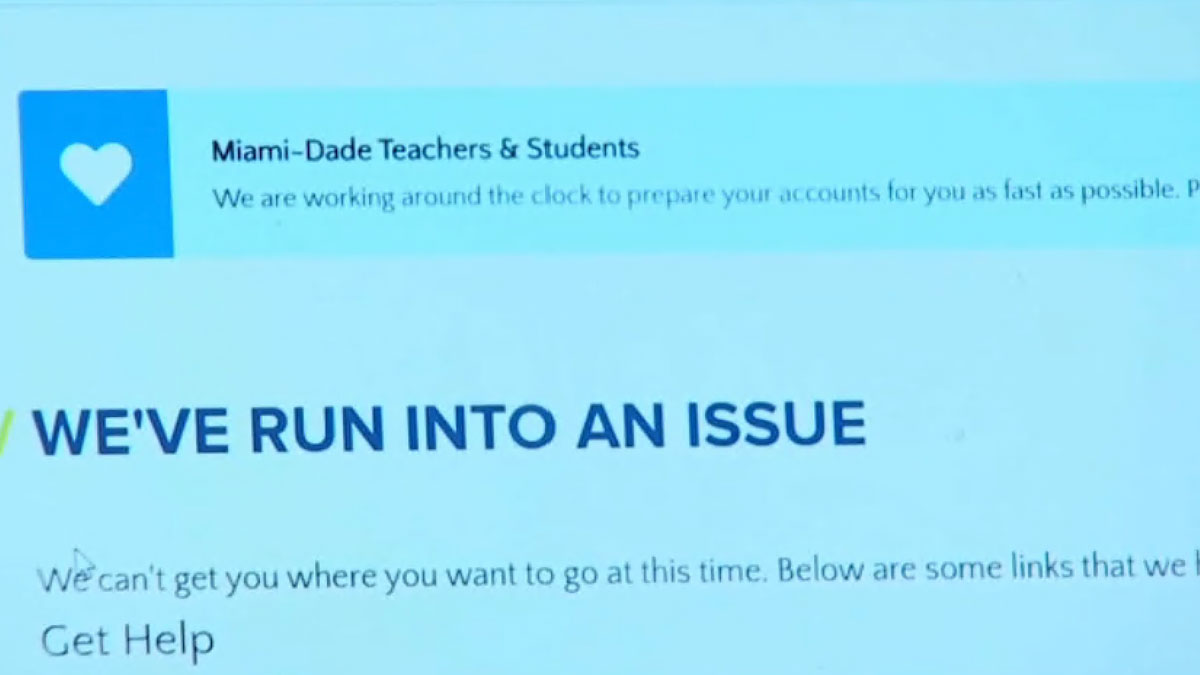 A student has been arrested in connection with a series of cyber attacks on Miami-Dade County Public Schools that have disrupted the district’s first week of online classes.

The student, a 16-year-old junior at South Miami Senior High School, was arrested Thursday morning and faces charges of computer use in an attempt to defraud and interference with an educational institution, district officials said.

Officials said the district has been the target of more than a dozen distributed denial of service attacks since the 2020-2021 school year began.

The FBI and Secret Service were called in to investigate along with the Florida Department of Law Enforcement, Carvalho said. He added that the glitch had been completely resolved and optimized.

“I commend our detectives, the FBI, Secret Service, and FDLE for their tireless efforts to pursue those responsible for these attacks. It is disheartening that one of our own students has admitted to intentionally causing this kind of disruption, however, I am confident that the M-DCPS family will continue to show its resilience and commitment to education, in the face of adversity,” Carvalho said in a statement Thursday.

Detectives were able to trace an IP address responsible for the attacks to the teen’s home, officials said. The teen admitted to using a tool to attack the district’s computer network, an arrest report said.

Investigators are working to determine whether other individuals besides the teen are responsible.

“We believe, based upon our investigation, that other attackers are out there. We will not rest until every one of them is caught and brought to justice,” Miami-Dade Schools Police Chief Edwin Lopez said in a statement. “Cyber attacks are serious crimes, which have far-reaching negative impacts. Our message to anyone thinking of attempting a criminal act like this is to think twice. We will find you.”