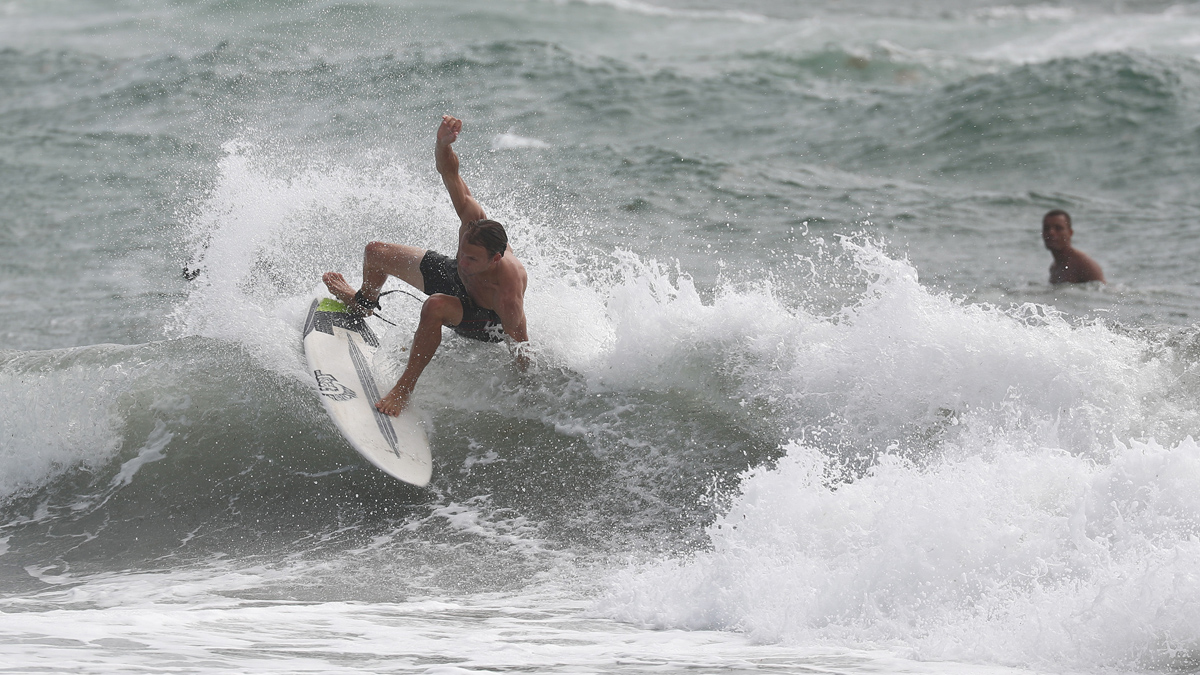 Surfers were catching some big waves at South Florida beaches Saturday thanks to Isaias.

Fort Lauderdale Beach doesn’t usually offer much in the way of waves so when a hurricane or tropical storm approaches the coast, it’s a gift.

“Unfortunately the islands, they always get the brunt, I thank them every time, ‘thank you islands for doing all the work, taking the energy out of the storm for us and we get all the benefits of the nice waves,'” surfer Rocco Juliano said.

The red “no swimming” flags were up all day at the beach, and lifeguards were busy. But locals weren’t too worried about Isaias.

“No, not at all, not for me, once it hits a [category] three, then I’ll be concerned,” said Kelsey Brennan, a Deerfield Beach resident.

Brennan was one one many who were walking their dog on the beach and not too concerned.

“Not really, I’ve battened down the hatches, impact windows and doors, not much else you can do,” said Martine Mears.

“There’s something about the ocean’s fury really that just attracts a lot of people out here,” said David Bernstein.