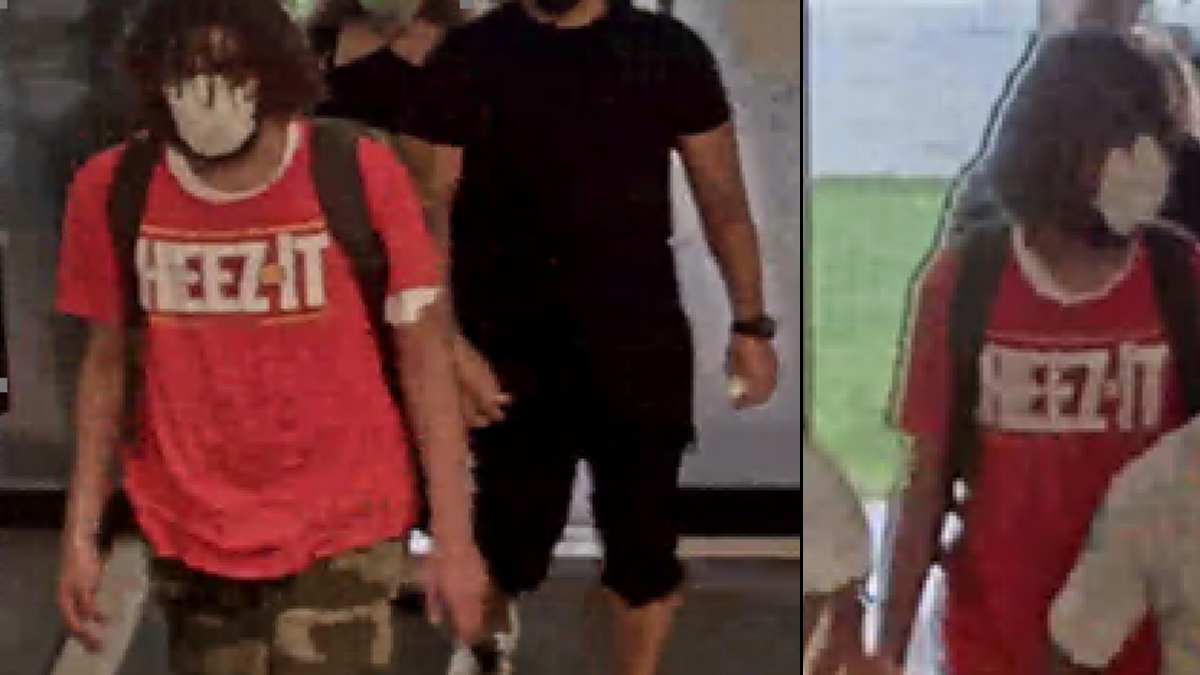 The FBI is searching for a man who they say robbed a Miami bank while sporting a distinctive snack shirt.

The robber entered the bank and demanded money from an employee. There were no injuries and officials did’t say how much money was taken.

The FBI released surveillance images of the suspect, who was wearing a bright red “Cheez-It” shirt.