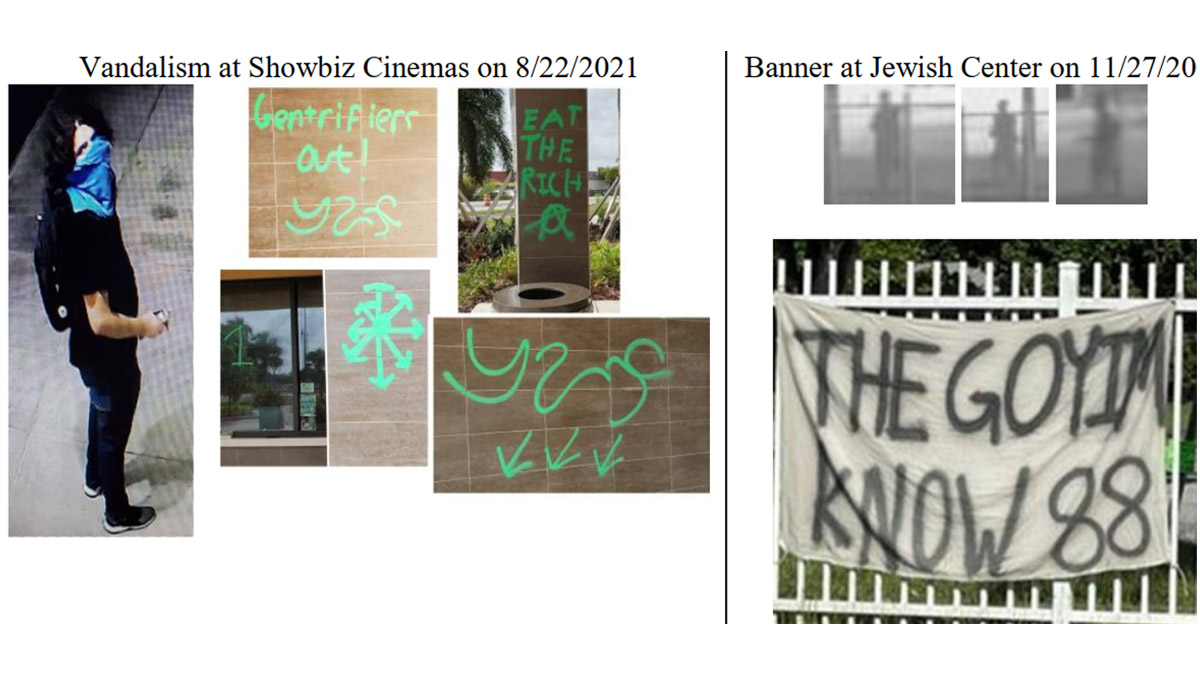 Police are searching for a suspect who left anti-Semitic vandalism at a Homestead Jewish Center and is likely responsible for other crimes in the area.

The Homestead Police Department on Thursday released photos of the suspect who hung an anti-Semitic banner on the fence outside the center at 183 Northeast 8th Street around 4:30 a.m. on Nov. 27.

The banner read “The Goyim Know,” an anti-Semitic catchphrase, and “88,” which is code for “Heil Hitler.”

Police believe the same suspect is responsible for a burglary attempt at Sheepdog Police Supply Store located at 220 N. Krome Avenue back on May 9.

He’s also believed to be responsible for an Aug. 22 vandalism incident at Showbiz Cinemas at 100 S. Krome Avenue, in which “Gentrifiers Out!” and “Eat The Rich” messages were left on the building.

Police are asking for help from the public in identifying the suspect and are asking anyone with information to call 305-224-5433.