On the eve of the day Broward County remembered those lost one year ago in Parkland, the man in charge of the sheriff’s office on that tragic day appeared solemn and subdued, as he spoke to a political club that had supported him in the past.

“There’s a lot of love in this room, tonight,” now-suspended sheriff Scott Israel said at a Wednesday night meeting of the Dolphin Democrats in Wilton Manors. “Unfortunately and sadly I come to you with a heavy heart and you’re here with a heavy heart.”

The room fell hush as Israel recounted how he “spent the last year trying to make sense of the senseless … I’ve been absolutely overwhelmed with shock and tremendous grief. I know how I feel and you feel. I can’t fathom how the families feel who lost loved ones.”

Many of them feel he should be permanently removed from office. 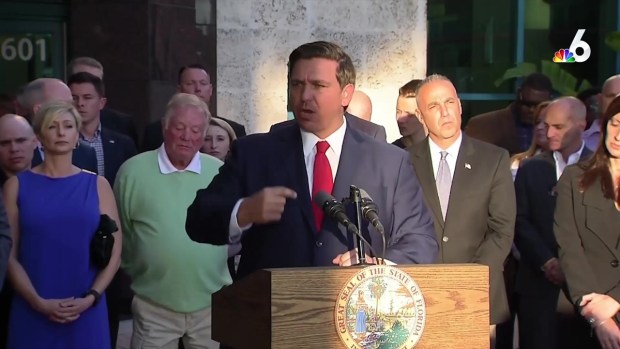 Next week, a special master appointed by the president of the Florida Senate will begin preliminary discussions about how to address Israel’s fate. On Jan. 11, Gov. Ron DeSantis kept a campaign promise and suspended Israel, citing neglect of duty and incompetence. The Senate can remove him permanently or restore him to office. Israel has also vowed to file a lawsuit to challenge the governor’s action.

If he loses on both fronts, he has said he will run again in 2020 to regain the office he has been elected to twice.

While speaking to the Democratic club, whose mission is to foster goodwill between LGBTQA members of the Democratic Party and the community at large, he was respectful of the timing and did not engage at length about his status in political purgatory.

He did tell the group this; “Tonight I have a lot more that I want to say. You know I come here tonight as your suspended sheriff. I can’t even put into words how unjust that is… This absolutely is a political move, nothing more and nothing less.”

But, he added, “Tonight is the night, tomorrow, where we memorialize, we think where we were a year ago today and we think about what we could do even in our small little worlds to prevent these mass tragedies from happening.” 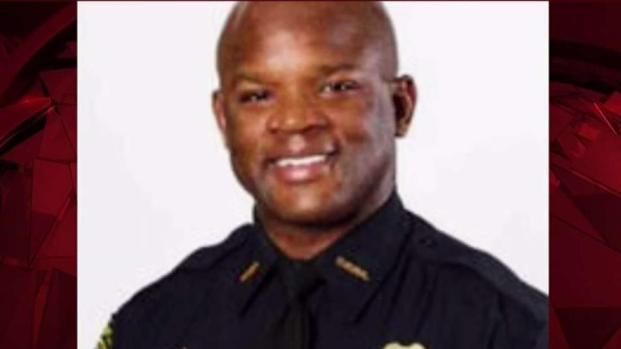 After his speech, in an interview, NBC 6 Investigators – noting his deputies failed to run toward the danger after hearing gunshots that killed 17 at Marjory Stoneman Douglas High School – asked if the suspension was justified because the buck stops with him.

But, even in this largely friendly political crowd, the one question he fielded – from a man who said he was a longtime supporter – dealt with a key issue that has bedeviled Israel after the massacre: his decision to change policy to say a deputy “may” enter a building – instead of “shall” enter a building — to confront an active assailant.

“There was no training issue,” he answered. “No policy issue, no word issue. This was about a deputy who chose not to go in and you cannot evaluate courage.”

In fact, deputies told state investigators they were trained to go in and confront a shooter — regardless of the discretion afforded them in the policy. And a state commission found other agencies in Florida had similar policies and some had no policies at all.

As proof school resource deputy Scot Peterson’s inaction was not ingrained in the agency by training or policy, Israel pointed to another deputy.

“You all know the name Peterson, but not many people if at all know the name Jesse Madrigal,” he said, before describing how that deputy acted in January 2017, after a man opened fire at Fort Lauderdale-Hollywood International Airport, killing five.

“Jesse took the killer into custody in 72 seconds,” he said. “Same sheriff, same training, same policies. Some people are going to go in and some people are not.”