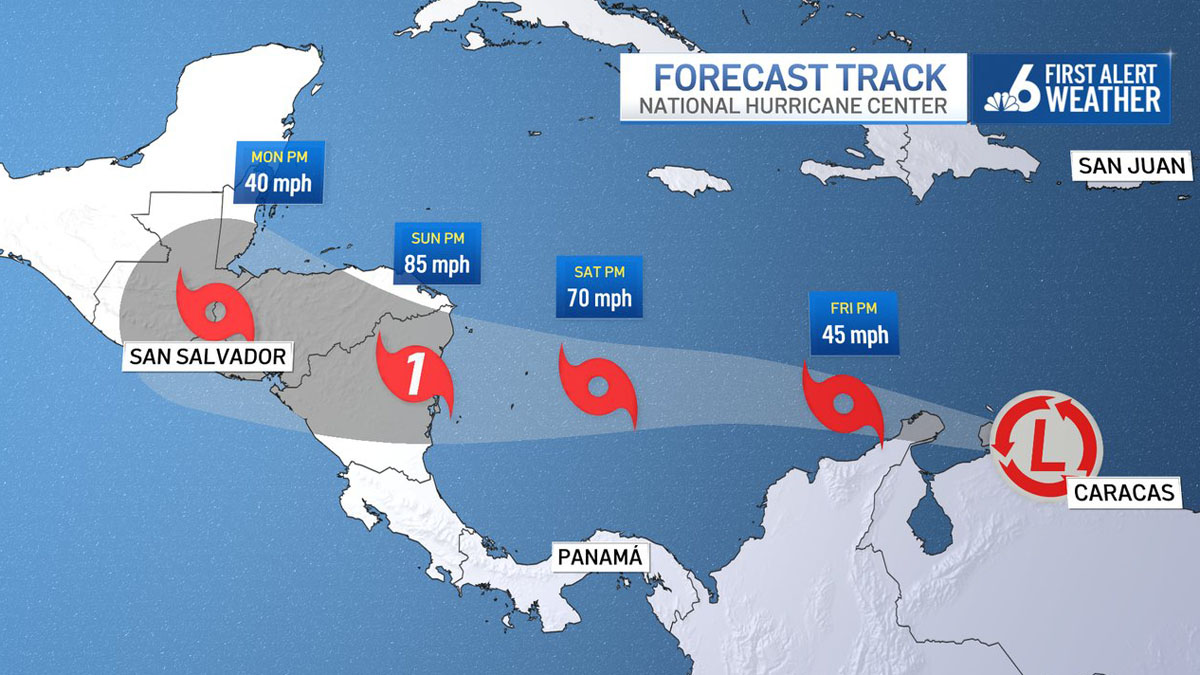 Forecasters were keeping an eye on a system in the Caribbean that was expected to become a tropical depression and possibly the season’s next hurricane as it approached Nicaragua.

Potential Tropical Cyclone Thirteen had a 100% chance of development over the next couple days as it moved west about 100 miles east-southeast of Curacao, the National Hurricane Center in Miami said Thursday.

Winds from the system were at 35 mph Thursday evening and could potentially increase to tropical storm force by Friday morning. The system was forecast to become a hurricane before it reaches the coast of Central America on Sunday, the NHC said.

The forecast cone had the system moving to the west or west-northwest before a possible landfall in Nicaragua.

The system was expected to stay well south of Florida.

Meanwhile, forecasters were also watching Tropical Depression Twelve, which was hanging on as a weak cyclone with 35 mph winds far out in the Atlantic Thursday.

That system was expected to become a remnant low or dissipate by Thursday night, the NHC said.