A man in Michigan didn’t let a little flooding keep him from having a fun time.

Travis Spry said it was a tough day when floodwaters rose in Midland, MI, causing basements in the neighborhood to be filled with water.

That’s when he decided to lighten up some spirits, dressed up in a dinosaur costume and went kayaking down the street.

Gator Charges Toward Photographer in Florida 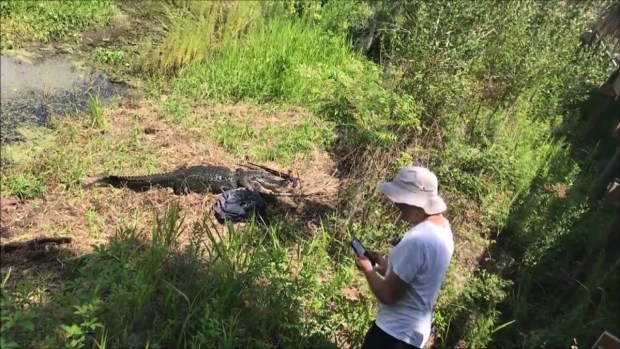 In May, a person wearing a t-rex costume surrendered to police after scaring carriage horses in South Carolina.

In October, strong winds and rain weren’t enough to scare two people who were dressed up in t-rex costumes, running around a beach in Stuart, FL during Hurricane Matthew.